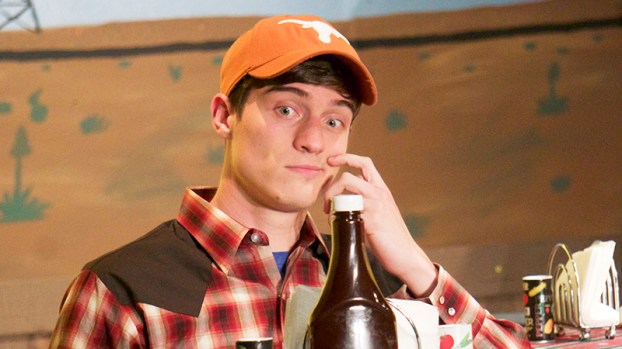 The play, which is loosely based on Charles Dickens’ “A Christmas Carol,” is written by Phil Olson and directed by Richard Lene.

Tickets are $12 for adults, $10 for seniors, teachers and military and $7 for students. For more information or to purchase tickets, visit http://www.palt.org.

“The performance opens with the main character, Buford Johnson, who decides he’s going to go four-wheeling on Christmas Eve after fighting with his wife, Darla,” Lene said. “He gets flipped over by a twister and goes into a coma.” 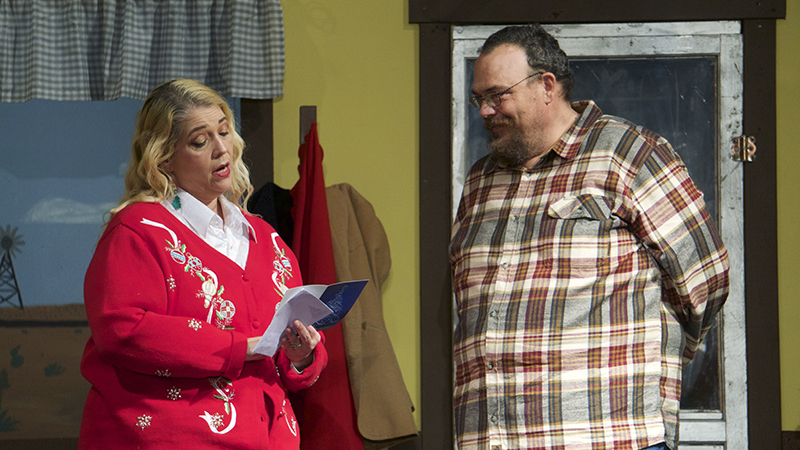 Buford is then thrust into a state between life and death, where he meets up with his ex-business partner, Hank Walker, who takes him through the stages of Christmas past, present and future.

Lene said the play has everything an audience can want — comedy, Texas, barbecue and beer.

Lene said the comedy, which is filled with one-liners, jokes, and downright stupidity will be a hoot for the whole family.

“Honestly, the fun part really goes from the opening curtain to the closing curtain,” he said. “I’ve even had a hard time getting my actors to stay in character when they hit a funny parts.” 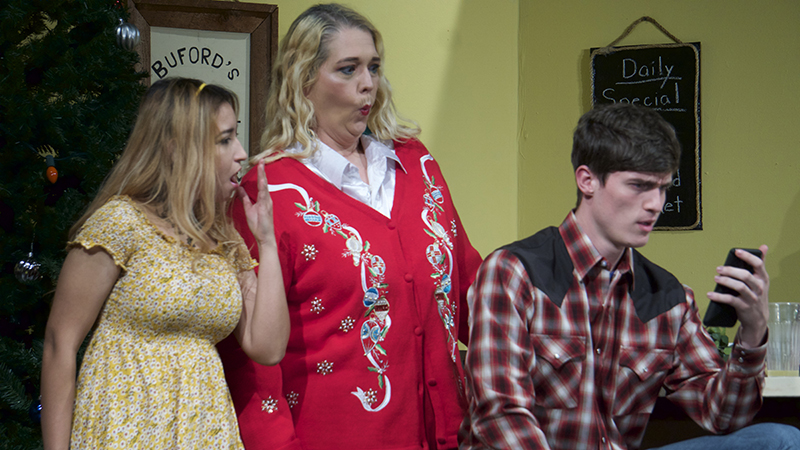 “My favorite part about Bubba is that he is a little thick,” Porter said. “It’s always fun to play the stupid character, to be the comedic relief. I just get to be really stupid and I like getting into character. What I love about Bubba, and this is close to me, is that he just gets himself into situations where people don’t want to say certain things and he’s just completely oblivious. Quite similar to myself.”

Throughout the play, Bubba constantly tries to rope Daisy into marrying him. Daisy, played by Mayra Ceja, rejects the proposals as she dreams of becoming a famous chef in a big city.

“I love playing Daisy,” Ceja said. “She’s a dreamer, a lot like me. She started as a waitress and so did I. We both set out to achieve a career and got everything we dreamed of in the end. I definitely relate to my character.”

Stacey and Mark Bradley, who are married on stage and in real life, play Buford and Darla Johnson, a bickering couple who finds peace and love at the end of the play when Buford returns from his journey.

“I play Buford and he owns the barbecue stand with his wife,” Mark said. “I’m kind of thick headed and I end up in an accident. I go through the Christmas past, present and future, and learn that I’ve been doing things all wrong. I realize I need to let Darla know how much I care about her.” 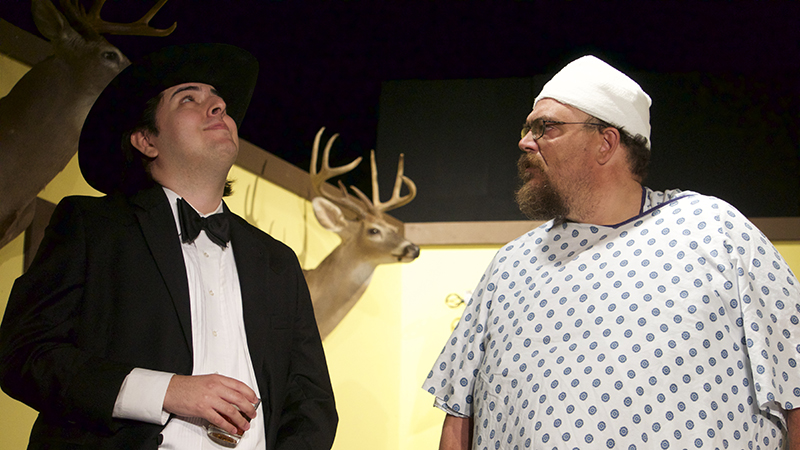 Mark said the pair often practices their lines and roles at home and in the car, driving their children crazy.

“While Buford’s in a coma, I’m trying to take what’s his, while also trying to teach him a lesson,” Sierra said. “It’s contradicting but also really funny. That’s where a lot of the comedy comes from in my role. I’m messing with him, but I’m trying to help him, too.”

“I have never had a cast that’s been so close and work so good together,” he said. “There’s always some little diva out there that wants all the attention on them, none of them are like that. It’s like a family.

“The play is set in Texas, it’s funny and it’s Christmas. What’s not to love?”

The U.S. Postal Service will resume normal operations at its Port Neches, Groves and Nederland offices Saturday. Services from these... read more