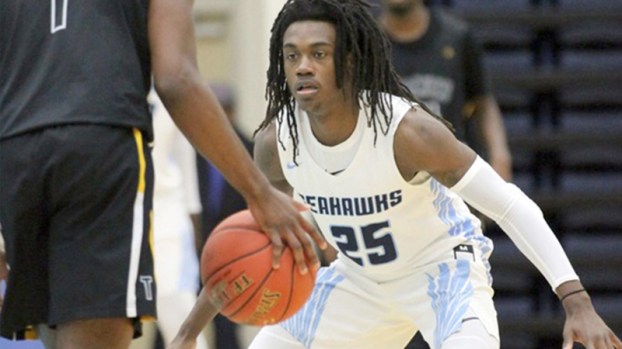 Kenneth Lofton Jr. scored 29 points and 20 rebounds to give the Memorial Titans the edge and win 80-72 against the Cypress Creek Cougars on Wednesday at Houston Christian High School.

The Titans (4-0) return to Houston on Friday to play Concordia Lutheran at Houston Episcopal High School at 7 p.m.

A close game ended with the host Hardin-Jefferson Hawks a nose ahead of the Nederland Bulldogs on Tuesday in Sour Lake.

Joseph Gipson made four threes as part of his 20 points for the Bulldogs, and Tyler Jackson scored 11 points with nine rebounds and four blocks.

The Lamar State Seahawks won one game and lost two at the Pensacola State Thanksgiving Classic on Monday, Tuesday and Wednesday.

The Seahawks lost to the No. 13-ranked Tallahassee Community College 80-59 Monday, then just made it past home team Pensacola State College to win 72-71 late Tuesday. The Seahawks fell in their last game at the tournament to Northwest Florida State College 70-63 on Wednesday.