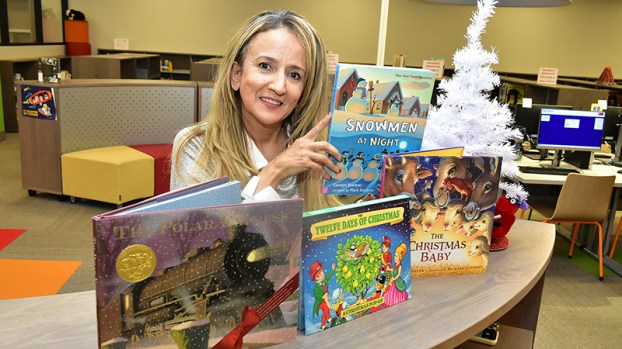 Books that keep children engaged are the ones that intrigue Carolyn Thibodeaux the most, especially if she presents new material to the young readers at the Port Arthur Public Library.

“Of course, when you introduce books to reading-level kids, you try to get to know that kid before helping them select books,” said Thibodeaux, the library’s children’s director. “Depending on different age levels, you want to kind of keep kids engaged in a book. You don’t want to put a book in a kid’s hands that you know they won’t be pleased with.”

To Thibodeaux, keeping people of all ages engaged in a good book during the ongoing Thanksgiving break and upcoming Christmas break for local school districts is crucial.

“Everything is built on reading,” she said. “Every aspect of learning, from the littlest to the oldest. I tell people we never stop learning, especially this day and time in technology and the age we’re living in. It’s crucial; if we’re going to be leaders or great parents or great grandparents, we need to stay engaged. If not print material, you’re moving onto digital. But we have all that here at the library.”

Thibodeaux suggested some books — holiday-themed and non-holiday themed —for different age groups while school is not in session but as minds still yearn for information.

The Christmas Baby, by Marion Dane Bauer (Simon and Schuster)

Kwanzaa: From Holiday to Every Day: A Complete Guide for Making Kwanzaa a Part of Your Life, by Maitefa Angaza (Thorndike Press)

Invisible: The Forgotten Story of the Black Woman Lawyer Who Took Down America’s Most Powerful Mobster, by Stephen L. Carter (Henry Holt and Co.)

Port Arthur Public Library director Steven Williams considers himself a non-fiction reader, which he says is unlike many librarians. But he takes pride in offering books to fit all demographics.

“Many librarians feel the same way that I do, and that’s we do not filter information,” he said. “If there’s a resource and the public wants it, we want to have it out there for them.”

As families get ready for their Thanksgiving meal, picking up those last minute store items, there are groups of people... read more