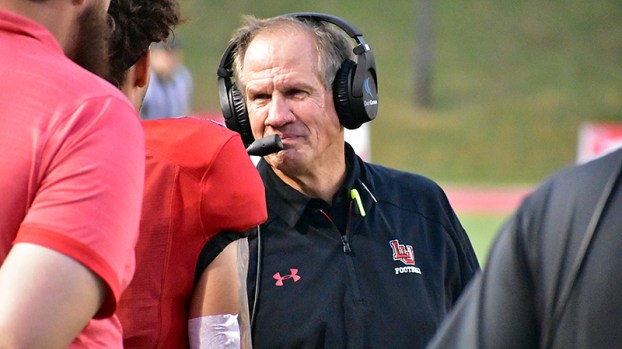 Mike Schultz’s run as Lamar head football coach has come to an end after three seasons.

The university on Monday announced it fired the 61-year-old, two days after the Cardinals lost their fifth straight game, 27-3 to McNeese State in Beaumont. Lamar finished the season 4-8 and 2-7 for 11th and last place in the Southland Conference.

Last January, Schultz had signed a contract extension through the 2021 season, with an option for another year to follow. That came two months after the Cardinals, who reinstated the football program in 2010, made their first NCAA Division I playoff appearance in school history, a 16-13 loss at Northern Iowa in the first round.

Schultz, a Houston native and Sam Houston State graduate, stressed the importance of the Cardinals becoming more physical on the offensive and defensive lines after his first team in 2017 went 2-9 in a season that was impacted early on by Hurricane Harvey. The 2018 Cardinals responded from a four-game losing streak following a season-opening blowout win over Kentucky Christian and started a six-game winning streak that included wins over nationally ranked Sam Houston State and Central Arkansas. A 21-17 win at McNeese was Lamar’s first in the Battle of the Border rivalry since 2014 and sealed the Cardinals’ NCAA playoff fate. Lamar finished 7-5 for its first winning season since 2014 and second since 1979. (Lamar canceled football between 1990-2009.)

Expectations were high going into the 2019 season, and Lamar started off 2-0 with a blowout of NAIA’s Bethel University of Tennessee and an overtime win over the Southwestern Athletic Conference’s Mississippi Valley State. Following a 63-3 loss at Texas A&M, the Cards got off to another bad start in conference play and lost at Southeastern Louisiana (an NCAA playoff team this year) and Stephen F. Austin in Beaumont.

Things seemed to turn around following a 27-24 home win over Abilene Christian and 20-17 triple-overtime decision at Sam Houston State, but a five-game skid did the Cards no favor. The 31-26 loss at Houston Baptist proved to be the low point for Lamar after scoring what seemed to be a signature win at SHSU, followed by McNeese’s win Saturday in front of 7,307 in a stadium that can hold 16,000.

Lamar said it has begun a national search for a new head coach.

Thanksgiving is hands down my favorite holiday of the year. It combines several things that I really enjoy: spending time... read more