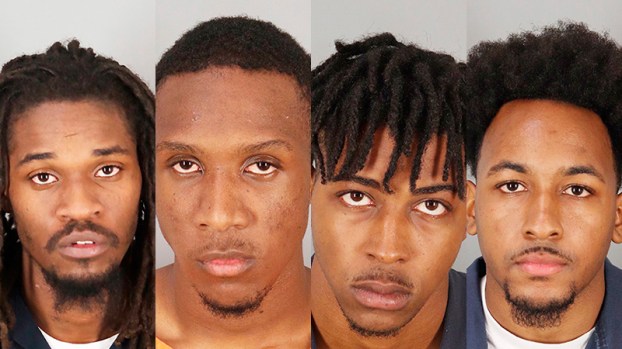 Federal charges may be filed on three people arrested on gun charges after a Port Arthur traffic stop.

Port Arthur Police Officer Brenden Cowart stopped a vehicle for defective equipment that was driven by Bryce Johnson, 20, of Port Arthur on Nov. 11 in the 3800 block of Gulfway.

Johnson was arrested and bonded out several days later.

Also in the vehicle were Maze, Reynolds and McCallum, along with two handguns and ski masks, according to police.

“A lot of times we look at the criminal history of the parties involved. If they have extensive criminal histories, we ask a federal agency to get involved,” Duriso said.

According to Duriso, at least two of the men are suspected gang members, which is verified by social media, but he did not specify which suspects.

He also did not release the name of the gang so as not to give the suspected criminal affiliation any extra recognition.

Police believe Cowart prevented a violent crime from happening by stopping the vehicle for a traffic violation.

Bob Hope School is one of two charter school systems in Port Arthur, and the current high school is beginning... read more