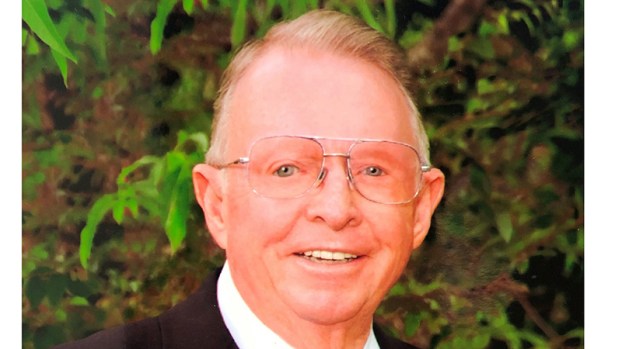 He grew up in Victoria, TX.

During the Korean conflict, he served in the Navy aboard the USS Oriskany aircraft carrier.

Bill was a graduate of The University of Texas in Austin and earned a degree in Chemical Engineering.

He went to work in the Texaco Research Laboratory in Port Arthur, TX, where he spent his entire career.

In Port Arthur, he met his wife Ola Lee Currie who worked in her family grocery store just down the street
from his boarding house.

They were married 62 years and had two children and two grandsons.

Bill was a member of the United Methodist Temple where he participated in the Choir and UMM.

He loved hunting, growing Camellia flowers, relaxing at the beach and traveling the world.

Two years ago, he moved to Rockwall, TX, to be closer to his daughter.

He lived at Liberty Heights and was a member of the FUMC Rockwall.

He was preceded in death by his son: Edward Coons; brother: Ray Coons; and his parents.

A remembrance gathering will be held from 6:00 to 8:00 PM Thursday, November 14, 2019, at The Gathering at Rest Haven Funeral Home-Rockwall Location.

In lieu of flowers, the family requests that donations be made to the United Methodist Children’s Home in Waco, TX.