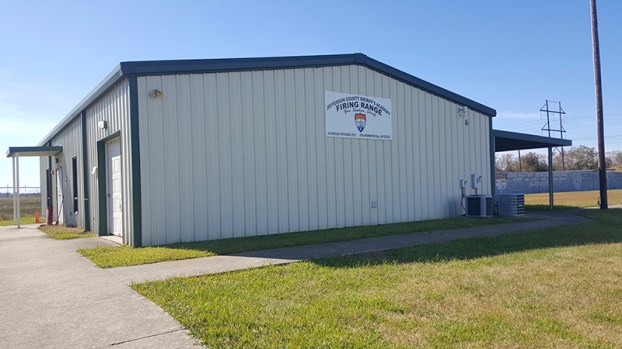 BEAUMONT — The Jefferson County Sheriff’s Firing Range is set to get a new facility courtesy of their neighbors at Enterprise Products Operating LLC.

The reason for the new digs is safety.

Jefferson County Sheriff Zena Stephens said the range — located on Range Road near the jail in Beaumont — has been at the same location for more than 20 years and is used by the sheriff’s office, SWAT, officials with the Larry Gist State Jail and Mark W. Stiles Unit prison, U.S. Coast Guard and state and federal partners and is the site for certifications.

A little over a year ago, the industrial facility began adding tanks on the property, which is adjacent to the shooting range. 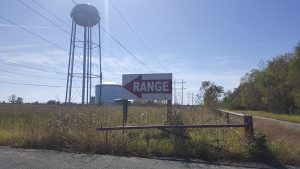 A sign points the way to the Jefferson County Sheriff’s Firing Range near the prison complex. (Mary Meaux/The News)

The range faces a large berm with the tanks on the other side.

“I shut down our range temporarily for fear somebody could get hurt,” Stephens said, calling the company “great partners.”

Conversation between the Sheriff’s Office and EPO began more than a year ago when they realized there was a problem. Stephens has visited other ranges including indoor ones and researched safety issues in anticipation of the construction of a new range.

Jefferson County Commissioners entered into an agreement with EPO on Tuesday to construct a new facility with the company donating more than $1.5 million for the project.

Jefferson County Deputy Chief Charlie Porter said construction could take from eight months to a year. The new facility will be on the same site but face a different direction.

The Lamar State Seahawks are getting ready to play their first conference game on Saturday against Tyler Junior College. They... read more