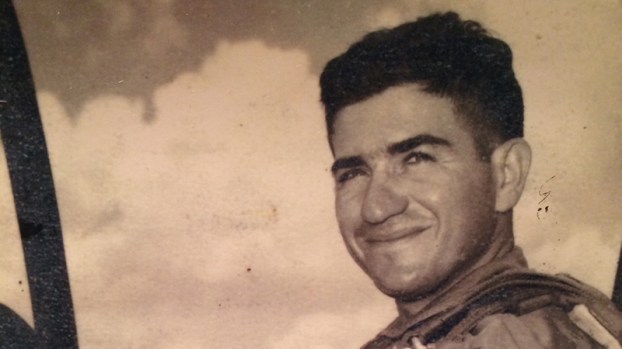 Lieutenant Colonel, Captain Ralph, Uncle Ralph, Ralphie, Rotten Ralph, Supersonic Taco (Air Force), Grandpa, Little Rabbit and Dad, Ralph was called so many things but one thing is for certain, if you had the pleasure of meeting him, you never forgot him and if he called you a friend, you were sure to know what a great gift that was.

Born in Port Arthur, Texas in 1934 and 1 of 8 children, Ralph was the first in his family to finish high school and the only one to go to college.

His father had immigrated from the town of Comillas, Spain in the early 1900’s.

Ralph lived a life only one could dream of. He loved baseball as a child and was the catcher on many teams.

As a graduate and student body president of Bishop Byrne High School in Port Arthur, Texas he entered the ROTC and went on to graduate from Louisiana University at Lafayette with a degree in Electrical Engineering.

From there he entered the Air Force and flew many airplanes, but the F-104 Starfighter and C-130 were his favorites.

He was stationed out of George AFB and traveled the world, finishing his tour with 6 months flying fighters in Vietnam at the beginning of the war.

His love for flying didn’t end there as he was hired by Western Airlines right after Vietnam.

After Western merged with Delta Airlines, he continued on and flew with the airlines for over 35 years as a Captain and then as a Check Pilot.

After retiring in 1994, he moved to Mesa, Arizona and began building spec homes on golf courses and eventually retired from that and lived half the year in Yuma, Arizona on his “senior trip” and the other half on the Mesa in Santa Barbara with his only daughter.

With a personality larger than life, he embraced life and said to wake up was always a good day.

He enjoyed watching football and never missed his Saturday/Sunday football games or the daily Sudoku and
crossword puzzle in the newspaper.

Ralph was a local fixture at Mesa Café (Santa Barbara) and made many friends over the course of his 15 years here in Santa Barbara.

Everyone that got to know him, knew what a special man he truly was with a heart of gold, a sense of humor even too raw at times for some and a person you could always count on for great life stories and advice if you needed it.

He adored and cherished his 2 “grandbabies” as he called them and in recent years counted on golf season to arrive at Santa Barbara High School to read all about his star golfer and granddaughter, Melia (Haller).

“Dad, I have looked up to you all my life. Sharing a B-day with you was no coincidence as you have been my best friend for life, my rock, my ear and my biggest fan. Anyone that was lucky enough to know you knew what an incredible human you were, fun, stubborn, fiercely smart (thank you for passing that to your grandkids) and most extremely giving and kind man on Earth… and funnier than anyone I know. Your legacy lives on with your grandchildren. I hope we all continue to make you proud. We have all lost a part of ourselves with your passing. We will miss you beyond belief but find comfort knowing that you are with your best friend and sister “Mimi” in heaven and many of your dearest friends. God speed and I sure hope you are having a scotch and water with all your buddies right now.”

Ralph passed away peacefully at Serenity House in Santa Barbara on November 1, 2019 at the age of 85.

Ralph is preceded in death by his parents, all of his siblings and most recently his closest sister, Mercedes “Mimi” Dutton whom he loved as his best friend his whole life up until her death in June 2019. He leaves behind his only daughter Tiffany (Haller), son-in-law Kurt, grandchildren Melia and Garrett, niece Gaye Lynn, nephew Lloyd and great niece, Katie Lynn as well as more friends in this world he called family than you could count.