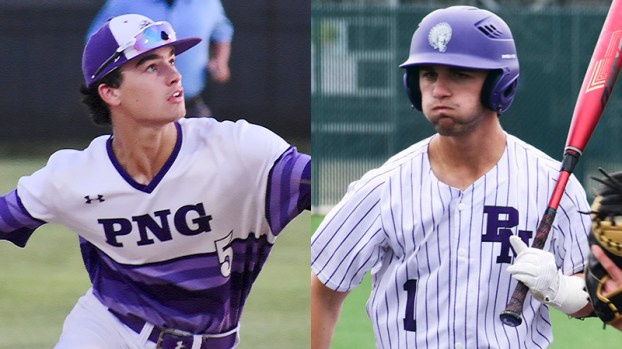 Curtis, a right-handed pitcher for the Indians, signed with Texas A&M. He was one of the Indians’ top pitchers last season, according to head coach Scott Carter.

“Texas A&M has been a dream of Khristian’s all his life,” Carter said. “I think that’s somewhere he’s wanted to play since he was a youngster. Coach [Rob] Childress up there does a really good job. I think he’s seen Khristian play several times and was excited to get Khristian in the program. We’re really happy for him.”

Curtis has been in the PNG baseball program for three years. He will join fellow PNG player Austin Bost, who transferred to the Aggies from Panola College during the summer.

Roccaforte agreed to sign with the University of Louisiana at Lafayette following the move of former Sam Houston State coach Matt Deggs to ULL. Deggs took over following the passing of the Ragin’ Cajuns head coach Tony Robichaux.

“He had originally thought about going to Sam Houston with coach Deggs, then coach got the job at ULL, so Carson flipped his commitment to them,” Carter said. “We’re excited about it.”

Roccaforte was named an All-State player two years in a row and is the last player from the Indians’ 2017 5A state championship team still playing for PNG.

PNG will host a signing event Dec. 18 and will join PNG football players announcing their intent to sign with college programs.

The Port Arthur Titans won the senior division championship in the Southeast Texas Youth Football League this past weekend at... read more