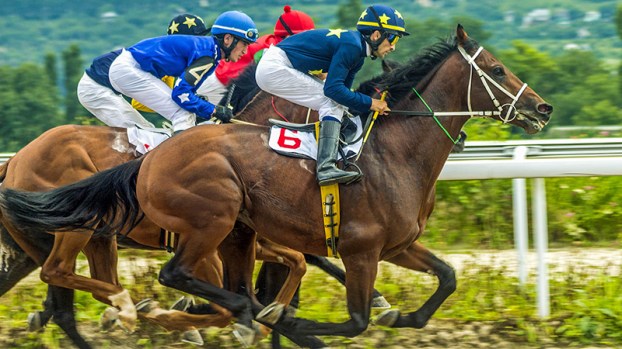 Bets on horse racing could become legal in Jefferson County, depending on the outcome of the Nov. 5 election.

There are still a number of steps before the crowds can cheer on the winning horse. One of those steps is the licensing process, which is underway.

Kevin Johnson, governmental affairs and business consultant, has worked on the idea for more than a decade, and was told it would take six months for the Texas Racing Commission to give approval.

He’s playing it safe and preparing for a year’s wait.

But that doesn’t mean he and other private investors are sitting around twiddling their thumbs.

There are tasks such as finding the right location — somewhere along the Interstate 10 coordinator is a must, which means a traffic study needs to be done as well as feasibility studies.

Johnson is working with a large group of private investors, with a majority of them are local; Port Arthur, Beaumont, Nederland. There is also a proposed management company for this property, Team Hospitality.

The end result will be a racing venue that ties in multiple other events, a restaurant

“The simulcast facility I proposed is a nice upscale dining experience while also being able to cater to the family, something similar to what you’ll see at Sam Houston Raceway but a little more family oriented,” Johnson said. “We don’t want a spots bar-type situation, though there will be that atmosphere in the restaurant, but we want to have a place where a dad can bring the family if they want to be watching races in Kentucky or want to wager on off-track races. There will be things for the kids to do.”

The end result would be an entertainment complex. He envisions a hotel, a convenience store-type facility; basically an all-in-one area anybody can stay, wine and dine and sleep.

A goal is to be in position to start simulcast in August or September because the simulcast can be put into play way before the actual building of the track and operations of the track, he said.

Simulcast can be at a temporary site while the horse racing side of the equation is being built.

Johnson and investors thought the margin of win in the election would have been wider. Proposition A for legalizing pari-mutuel wagering on horse races in Jefferson County had 6,482 votes or 54.90 percent in favor and 5,325 or 45.1 percent against the issue.

Proposition B, which is legalizing pari-mutuel wagering on simulcast races in Jefferson County, had 6,201 votes or 52.86 percent in favor and 5,530 or 47.14 percent against.

Zulema Escobodo, local businesswoman who has assisted in the push to get the issue on the ballot did speak with community members during the process and learned there were some misconceptions among voters. Some, she said, thought the county would foot the bill for the horse racing and simulcast, telling her they wanted their roads fixed instead.

Early on there was talks by community members saying Ford Park would be the potential site.

But Ford Park host the South Texas State Fair and its softball fields host major tournaments among other events.

“In any discussions in relationship to Ford Park, those are key elements of the county,” Johnson said. “Those would in no way be touched. If anything, our organization would see what we can do to make it more efficient and bring value.”

Harvey victims hit by Imelda may apply for assistance

Even if you registered for federal assistance because you suffered damage from Hurricane Harvey, you can register for assistance if... read more