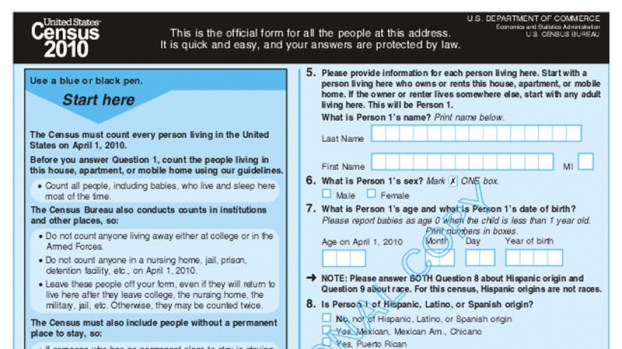 The U.S. Census Bureau and Port Arthur officials are already looking ahead to find optimal ways to begin gathering information for the 2020 Census.

“We are starting out by doing the mailings,” she said. “We’re also doing it over the Internet now. So it’s important for everyone to start answering the post as soon as they receive the questions. Our main goal is to count everybody once, only once and in the right place.”

“Port Arthur has lost population with Hurricane Harvey and other storms,” she said. “We still haven’t gotten people back from those, so it’s important that we count each and every individual this time around.”

Avery said there are a lot of local efforts and initiatives kick starting to make sure every individual is counted.

The Southeast Texas Regional Planning Commission is kicking off those efforts with a press conference at 1 p.m. Nov. 20 at the office in Beaumont, 2210 Eastex Fwy.

Reaching out to those that aren’t computer savvy, the elderly and immigrants are a few ways local community members can help, Avery said.

“We want our Hispanic community to not be afraid and know that it won’t impact them living in the United States,” she said. “We also need to assist our elderly who may not know how to navigate the questions electronically. It’s just really important to be factual and that we count our elderly, minorities and children.”

Bennett said plans have already started to count previously problematic areas such as disaster prone areas and children under 5.

“We are reaching all school districts in Southeast Texas, encouraging all parents to count their children to receive allocated funding for free lunch programs, health screenings and school transportation,” she said. “We want to reach all the districts and all the children. We will start giving the children the correspondences in school and they will take them home to their parents.”

Bob Dickinson, director of transportation and environmental resources at the SETX Regional Planning Commission, said getting over the 50,000 mark is more imperative to the region for the 2020 Census than any previous decade.

“The way they allocate federal funding is there’s certain benefits that come only with a certain population threshold,” he said. “The federal funding is for highway, schools, housing, meals on wheels and more. Everybody, not just local, use census numbers to make decisions for new facilities, new schools, new business warehouses, etc.

“The census is critically important. We need the largest participation rate we can get this next year. The higher the count, the better off everybody is.”

The number of finalists for the permanent Port Arthur city manager position has been reduced to three after De’Carlon Seewood... read more