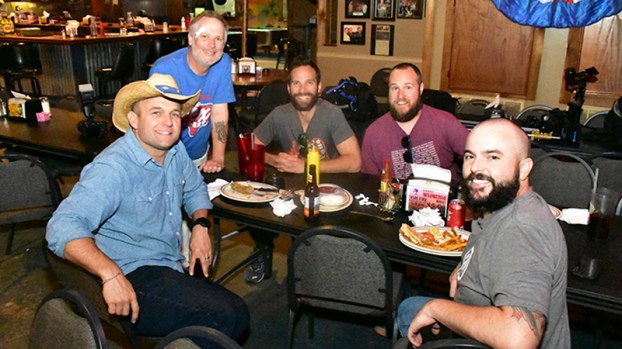 Even with a law degree from Baylor University, Groves native Chet Garner felt there was a better way to make a living.

“I felt God called me to be a storyteller,” Garner said. “I felt, ‘Man, it would be so much fun to make a show that was a national travel show,’ but it wasn’t national. It could only show what I could do.”

In the public television program The Daytripper, Garner shows viewers across Texas the places to visit and things to do on a day trip in a big state. Garner hosts and produces the show, going into his 11th season, through his Georgetown-based Hogaboom Rd. production company.

“We go all over the state and show people all they could do if they were to eat, sleep and do if they were to find themselves in … you name the town,” said Garner, 39. “We’re not really a food show, an outdoors show or a history show. We’re all of that combined.”

Garner and his production crew took a trip back home to Jefferson County and filmed an episode to be shown in February featuring Port Arthur and Mid-County. Among the locations The Daytripper gang featured are The Boudain Hut restaurant on Gulfway Drive, Museum of the Gulf Coast, Port Arthur Seawall, downtown Port Arthur, Sabine Pass Battleground, Sea Rim State Park and Nederland seafood restaurant The Schooner.

Not knowing this was Mid-County Madness week, the 1999 Port Neches-Groves High School graduate got quite the treatment at The Schooner.

“As soon as I walked into the Schooner in Nederland, they started talking trash: ‘Oh, here comes an Indian boy coming in. I’m like, ‘Whoa, whoa, whoa!’” said Garner, who played football through the 11th grade and also competed in soccer at PNG.

Todd White is among Garner’s most loyal co-workers.

“We became friends and I hopped on the crew and started filming and producing for him,” White said. “That was in season four, and now we’re in season 11.”

Garner’s goal for The Daytripper is to help Texans learn about different locales and gain an appreciation for their own.

The Daytripper is shown across Texas in nine markets. Viewers in Jefferson County can watch the program on Houston Public Media (KUHT-8) at 4 a.m. Sundays, 4:30 a.m. Mondays, 11 p.m. Wednesdays and 4:30 a.m. Fridays.

‘You can tell it’s madness’: Fans bundle up to support Indians, Bulldogs

NEDERLAND — The temperature was dipping in Bulldog Stadium, but that didn’t keep away the diehard fans of the Nederland... read more