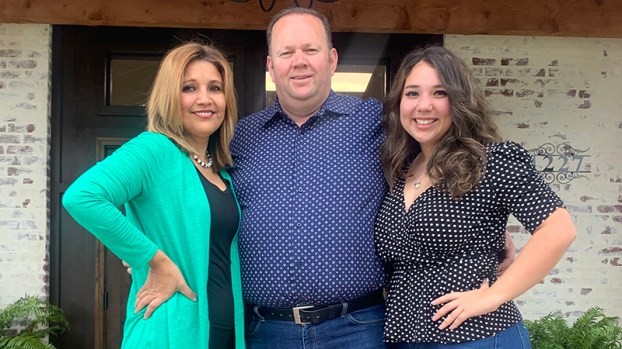 Le Cottage is a family owned-and-operated business led by husband and wife duo Bruno and Olga Fernandez, and managed by their daughter Kattya.

Olga said the idea started when her husband was walking down the street from their home in Port Neches and saw an abandoned building for sale.

“Bruno came back after a long walk one night and said, ‘Hey I found this building and I think we can do something there,’” she said. “I asked what kind of building it was, so he took me out there and it was an ugly building. It was a mess, but we knew we could turn it into something great. So we started thinking of ways to renovate it.”

Olga and her family sat down that night to dinner and began thinking of what businesses were needed in the town.

They settled on an event hall after seeing Port Neches’ need for one. 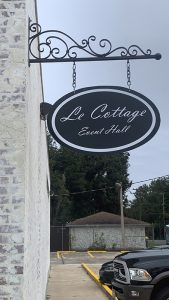 “We checked around to see if anyone had a business like this, and there was only one place,” Olga said. “We thought we could do something better, so here we are.”

Before Le Cottage, the previous building hosted a post office and a rehab center.

Kattya, who attends Lamar University, said as a family, they completely gutted the building, replaced the flooring with hardwood, added chandeliers, a serving kitchen, renovated bathrooms and changed the outdoor entrance.

“We talked a lot about if we could even do the improvements the building really needed,” she said. “There were a bunch of offices in here. There were walls everywhere that we had to knock down.”

The building was purchased in spring of 2017 and hosted its first event two weeks ago, a school reunion for Port Neches-Groves class of 1964.

Le Cottage is modeled after French-style cottages with a cozy, home feeling. 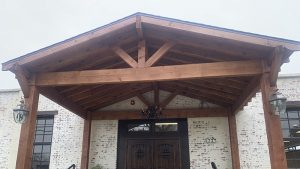 Le Cottage Event Hall has the capacity to fit 200-215 people for any type of party or occasion. (Cassandra Jenkins/The News)

“When we decided on the name, the picture and style came together,” Olga said. “We wanted it to be old, French style and homey. We tried to bring an atmosphere that was the decoration so people didn’t have to bring a lot of decorations to make it feel special.”

“People were wanting to rent this place out before we were even done with the remodeling,” Kattya said. “This is the first business we’ve owned. The building was closed for a long time, and people were excited about what we were going to do with it. Their energy and excitement lets us know we’ve made the right choice.”

Rental rates are per day and by appointment only.

PORT NECHES — Kristen Crippen, 17, is a senior at Port Neches-Groves High School and is the epitome of leadership.... read more