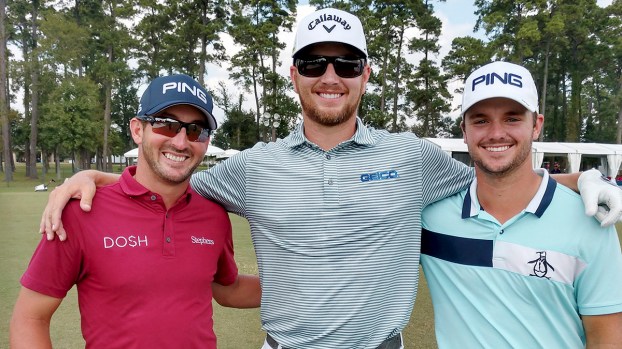 Braden Bailey will need to go low Friday if he’s going to advance from the second stage Korn Ferry qualifier at TPC Craig Ranch in McKinney to next month’s Q school.

Bailey, who had to play 27 holes Thursday after weather delays in round two, closed out his second round with a two-under-par 34 for a 71. He then struggled a bit in round three with four bogeys and three birdies for a 73.

That left the Port Neches-Groves ex with a 54-hole total of one-under 215 and tied for 43rd.

Bailey needs to finish 20th or better to advance to Q school.

He’s currently five shots behind a large group of players tied for 20th at minus 6.

It was Senior Night in Bulldog Stadium and Nederland was hungry for its first win at home. That’s what was... read more