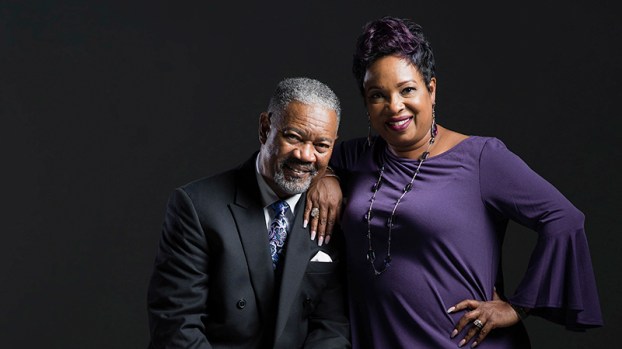 The Rev. Albert Moses started his religious journey at a young age, preaching next to the house in which he grew up in Baton Rouge, La. to anyone who would listen. After graduating from Lincoln High School in 1974, Albert went on to receive three degrees and became ordained in January 2000.

Now, Albert, alongside his wife and executive pastor Charlotte, will celebrate 16 years as pastor of Christian Faith.

“We’ve been pastoring for over 16 years and we’ve had an opportunity to do a lot,” Albert said. “Mainly what we’ve done is start programs that begin inwardly and spread out to bring the church and un-churched together.”

In 16 years, Albert and Charlotte have founded the Diamond Conference, the Youth Summit and Strong Man Conference, programs that all focus on harnessing self-worth, love and praise for women, men and youth.”

In addition to these programs, the duo opened Charlotte’s Cupboard, a food pantry, and brought Grief Share, a nationally recognized ministry for families that are grieving, to Christian Faith.

“The pantry started off really small,” Albert said. “We were just giving out mostly canned, dried food and storing stuff in the church. Now we have a separate building outside the church with a drive-through where people can come, drive up and receive canned goods, meat, fruit and vegetables.”

Pastors Albert and Charlotte both give out food to the community every month. For November, they will be hosting a drive-thru Thanksgiving Food Pantry on Nov. 23 from 9 a.m. to noon, which is open to everyone.

This year, Christian Faith was also able to entirely pay off its mortgage after more than 40 years since its foundation. Charlotte said she has been blessed to work beside her husband and see him accomplish so much.

“Under his leadership and vision, the church is paid off,” Charlotte said. “That’s a big accomplishment this year as well. It was a great milestone for Pastor Moses. He’s accomplished so much.

“To celebrate 16 years, what a blessing it is. Every day is just a reward to us. Whether it’s serving the church or the community. I’m blessed to be able to do what I do every day. It’s amazing to see people’s lives change for the better. We’ve seen families grow and kids go to college. It’s been one of the most rewarding jobs and things I’ve ever done.”

Christian Faith Missionary Baptist Church will celebrate the 16th Year Appreciation Nov. 10 at 10 a.m. with a Sunday sermon theme of “Committed to the Cause.”