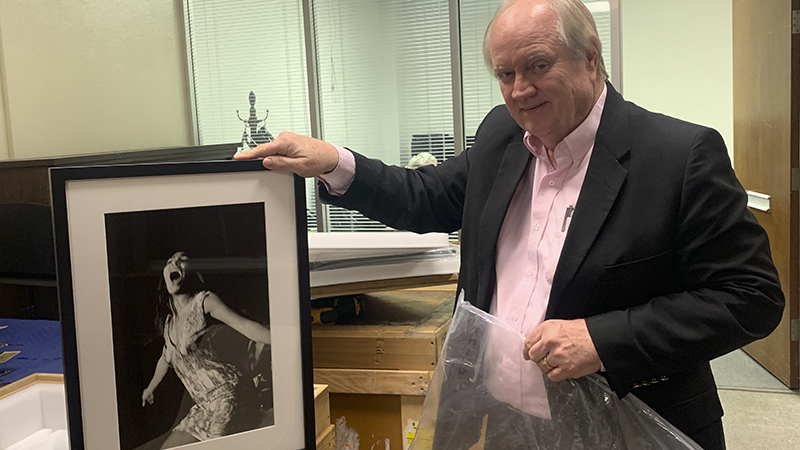 The Museum of the Gulf Coast is opening their newest exhibit, “Backstage Pass: Baron Wolman and The Early Years of Rolling Stone,” Saturday. Museum director Tom Neal unpacked the recently shipped crates to reveal some of the exhibits photos including an onstage picture of Port Arthur’s own Janis Joplin. (Cassandra Jenkins/The News)

Have you ever wondered what it was like to be backstage at a Jimi Hendrix concert, see Janis Joplin in her prime or kick it behind the curtains with Paul McCartney?

The Museum of the Gulf Coast is opening a rock and roll photography exhibit to bring visitors as close to that feeling as possible.

The exhibit, “Backstage Pass: Baron Wolman and The Early Years of Rolling Stone,” opens to the community Saturday with a reception from 2-4 p.m. in the Dunn Gallery.

“The show is called Backstage Pass and it’s well-named because the photographer of the show actually had a backstage pass,” museum director Tom Neal said. “What’s so cool about this, is that he, Baron Wolman, worked for the Rolling Stone magazine. He was their photographer, so he knew all the performers because of his high-profile job. He got to capture these people, some of them onstage, some of them just sitting backstage chilling.”

The exhibit will feature a handful of photos by Baron including photos of Pink Floyd, Johnny Cash, Tina Turner, a young Steven Tyler, Port Arthur’s own Janis Joplin and more. 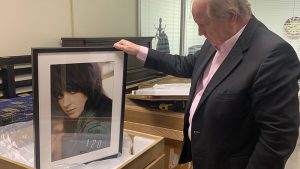 “Baron took photos of some of the performers onstage, but there are also photos of people like Paul McCartney just reading a book,” Neal said. “It’s all these different ways that he got to see them backstage when they weren’t constantly on. The way to look at it is to see all the ways that people didn’t get to see their favorite musicians back in the day.”

Neal said he is expecting the exhibit to surface old memories for some and bring about new views for others.

“People are going to reminisce,” he said. “It brings back so many memories over time when people were growing up because music was such a big part of people’s lives.”

The exhibit, which the Museum of the Gulf Coast received from San Francisco, has traveled all over the world, stationing in Port Arthur through Jan. 4.

“Some of the comments that people have written about this exhibit said it brought them to tears, because of the memory it invokes,” Neal said. “It was such a dynamic time for people back in the ’60s and ’70s. What’s even more interesting is that today people know Paul McCartney, and then they go back and see these pictures when he was first getting started and it opens their eyes to all the storytelling and history.

“That’s what this show is all about. It’s about these photographs from this young man’s personal collection and history that can’t be found anywhere else.”

Neal said he wants to encourage the community to come out and experience a truly unique exhibit and testament to beautiful photographic work.

“When people come in, they will not know everyone,” he said. “It’s impossible, but they’ll learn about these people that they may not have known otherwise. That’s what you do at museums.”