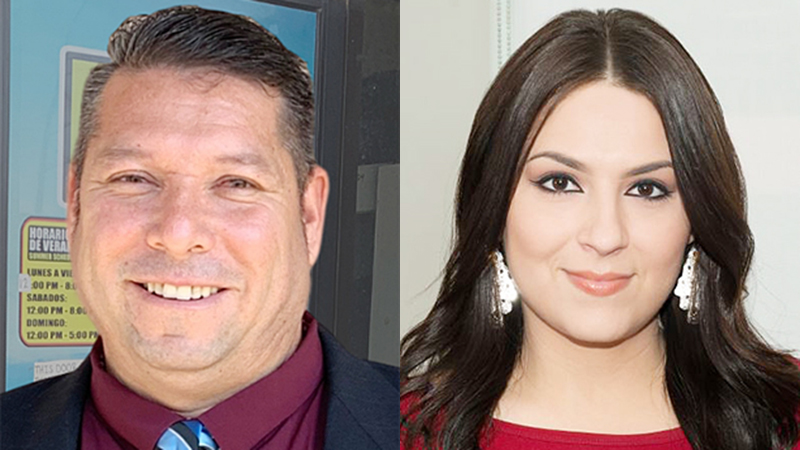 During Luis Figueroa’s two decade-plus career in the local refinery industry, he noticed many of his coworkers had trouble finding particular fire resistant clothing (FRC) items needed for employment.

It led him to open Figueroa’s Welding Wear in Bridge City six years ago. That effort expanded to a second location in Port Arthur and, eventually, a third location in Beaumont.

The time commitment led Figueroa to quit the refinery and concentrate fulltime at his FRC stores.

“I’ve been here for 30 years and I feel blessed for my business and family,” Figueroa said. “I’m an immigrant and I came with a dream to be in the United States, work hard and do everything the right way.

“I didn’t go to college but if you are willing to work for something, you can do it. If you have a goal, work for it. You will get it.”

Figueroa said his attitude is reflected in many of the Hispanic working class in and around Greater Port Arthur; however, he also recognizes a disconnect between first and second generation Hispanics and the established professional world.

That’s something he wants to change, and he says it starts with just putting yourself out there.

Figueroa will be one of the featured speakers at Wednesday’s Camino al Exito hosted by the Hispanic Business Council of the Greater Port Arthur Chamber of Commerce.

All presentations will be made in Spanish to open the doors as wide as possible for the community’s Hispanic population.

“If you go to these kinds of meetings, you learn a lot,” Figueroa said. “I’m excited to have people come out and join us. Just come and see us. A lot of people can do a lot of things, but you need to go and see those meetings to get together with all people. Our people are kind of shy.”

Raquel Ochoa, Hispanic Business Council leading manager, said the inaugural event’s name translates to Way to Success. The program will spotlight numerous success stories of local people who followed different paths and provide help for others to follow in their footsteps.

“We have a lot of Hispanics, but not everybody is involved,” Ochoa said. “We wanted them to feel more comfortable attending this because it’s going to be in their first language. Our main focus is business, because the Chamber is about businesses. We’re trying to develop the business community.”

The event takes place from 9 to 11:30 a.m. Wednesday at the Carl Parker Multipurpose Center on the Lamar State College Port Arthur campus.

“We have a lot of successful Hispanic business people who are leaders in the community, but the thing is they are not involved in the Chamber or other similar organizations, so they are not known by the greater community,” Ochoa said. “They need to get more involved, and we are excited for them to learn about other things they can do to integrate into the community.”