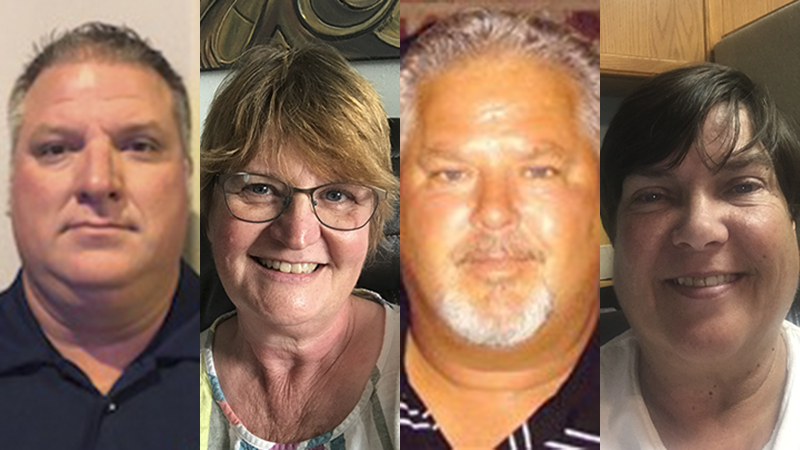 GROVES — Voters in Groves are set to elect two councilmembers in the Nov. 5 election.

Two seats are up for grabs. The Ward 1 race pits Chris Borne, who was appointed to the spot to replace former Councilman Cross Coburn, who was ousted in a recall election, against Cindy Kreutzer. In the Ward 3 race, incumbent Sidney Badon is being challenged by Barbara Edington.

Here’s a quick look at the candidates:

He said he is running for city council because he wanted to be involved and make the city the best it can be.

She said she is running for city council because she believes it’s time for a change.

“I feel like what we have right now is stuck in the ‘If it’s not broke, don’t fix it’ attitude,” Kreutzer said. “Unfortunately, that’s not helpful for small towns like Groves.”

He said he is running for reelection because the projects he had been involved with are coming to fruition.

“The street project we fought to get more money into is now in the works and we are working on getting a new fire station,” Badon said. “And most important, I love Groves and want to keep seeing it grow.”

“I have some concerns about the way the city is run and had concerns with how our money is being spent,” Edington said. “Instead of just complaining about it, I decided to run.”

As of Thursday, a total of 1,135 people cast early ballots across 11 voting locations in Jefferson County. And of those locations the Groves Recreation Center voting site saw the most ballots cast — 265 over the four-day period.

Voting in one’s own precinct is not necessary during early voting.