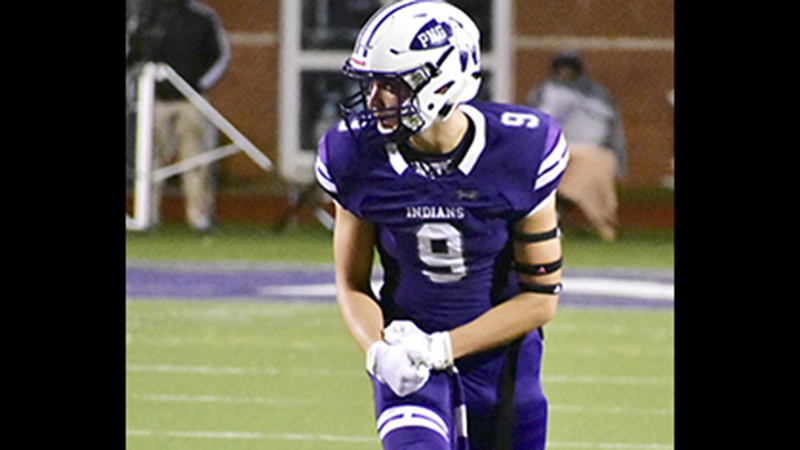 The Port Neches-Groves Indians want to take the momentum they built last Friday into Santa Fe, and they’re looking to their Oct. 4 win against Vidor as a guide to facing the host Indians.

“As far the game goes, they can hold the ball and you don’t get as many plays on offense, similar to Vidor,” he said. “The clock’s running and every offensive possession is very important. You’ve got to make sure you get your good plays called early in the game because they have the ability to go on long drives and milk the clock.”

“Winning is hard. Period,” Faircloth said. “And so every game you’ve got to be at your best, to give yourself a chance so we’re working really hard this week to give ourselves to go win Friday night.”

PNG’s passing game and Santa Fe’s defense should challenge each other. PNG leads District 12-5A-II in passing yards this season with 1,369, 147 more than the district’s top school Barbers Hill.

Santa Fe’s defense, while fifth in total yards allowed, does much better holding back the passing game, allowing the second fewest yards passing in the district at 718, behind Barbers Hill.

Santa Fe’s defense though will have to contend with PNG junior quarterback Blake Bost, who has thrown the most in District 12-5A-II, going 126 for 224. Bost has also thrown for 1,289 yards, second behind Nederland’s Bryce McMorris.

With Bost will come receivers Brady Nail, ranked third in catches, and Peyton Proenza and Kaleb Wuenschel, tied for fourth.

PNG could make up more ground utilizing running backs. Sophomore Brady Trahan had a great performance against Dayton last Friday, getting 85 yards on 18 carries, and likewise senior running back Gavin Deslatte had 14 yards on three carries until an injury took him out of the game in the fourth quarter.

Bost himself kept the ball for 13 plays, gaining 80 more yards of PNG rushing.

This avenue could be important, as Santa Fe’s defense against rushing is far weaker, allowing the most rushing yards in the district this season. Part of Santa Fe’s strategy though is making sure they dominate in time of possession according to Faircloth.

“They’re really well coached, just like everybody else in our district,” Faircloth said. “You’ve got to get the ball back and make some stops, that’s for sure. It seems like it goes a lot faster when you play a team that can run the ball at you like Santa Fe and Vidor can, so they’re very similar, and we’ve got to do a good job on defensive tackling and forcing some punts and getting the ball back.

“When we’re playing a team like that every possession is important, especially when they’re going to win the time of possession, more than likely, so you’ve got to make your time count.”