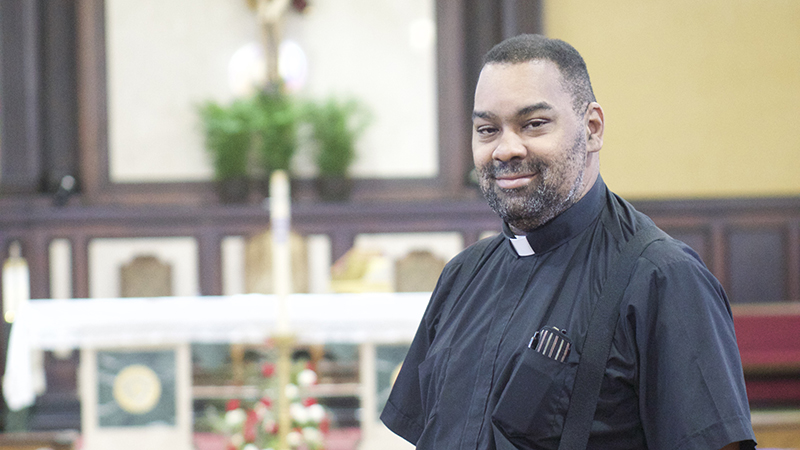 If church walls, pews and stained glass windows could talk, St. James Catholic Church in Port Arthur would have many stories to tell.

Since it established roots in 1929, St. James has stood the test of time. The walls of the church have seen hurricanes, depressions and changes in diversity, economy and social status. It’s fostered 13 pastors and seen 25 men enter into priesthood.

Kirwin was born in 1897 and had hopes of becoming a priest in Texas, at the then, Diocese of Galveston. Kirwin’s dream came alive Oct. 12 in 1929, eight years after he was ordained, making St. James the fifth Catholic Church established in Port Arthur.

Fast-forward, this past weekend St. James celebrated its 90th anniversary and current pastor The Rev. David Edwards said St. James is a rare jewel still left in a fighting community. 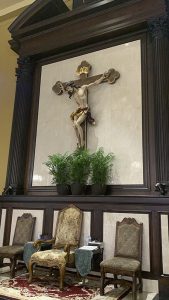 “We know that things have changed, and we are working on keeping the legacy preserved, preserving the integrity of the faith and fostering the faith here.”

Edwards said since he’s studied the history of St. James, grown up in the pews and returned as pastor, he has seen it struggle and flourish, with one of its biggest challenges being the rise and fall of fellow churches.

“In the ’50s, the parish was so large that two Catholic parishes were created out of St. James — St. Joseph’s Church, located on Procter Street in 1951 and St. Catherine of Siena in 1954. That shows just how huge this parish had grown.

“At one time, we had 1,450 families here, since then we have shrunk in size. We have around 400 families to date, but we have brought in some new ones.”

Edwards said unfortunate events, such as Hurricane Rita in 2005, changed the makeup of his church as he saw flocks of new families come to St. James after their own parochials were closed or demolished.

In 2006, the year after Rita, St. Mary’s parish closed. In 2017, after Hurricane Harvey, many other churches in the area closed, including St. John’s.

“We’ve had former parishioners from St. Mary’s come here,” Edwards said. “Recently, with Harvey, when it hit, St. John’s the Evangelist was closed down right after that storm. We have about 25 of their families here now.

“We are working on getting these families to feel a part of this parish, to be involved in the parish and help with their healing process.”

Edwards said he has also seen a great deal of diversity since the area’s community members started merging to the existing churches. 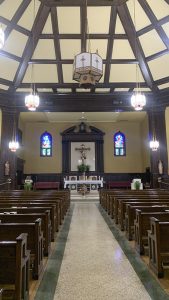 “I would consider St. James to be a United Nations parish, because when my family started coming to St. James in 1972 we were one of only four black families here,” he said. “Today, St. James is so diversified. We have black families. We have white families that are either of Cajun, Irish or Italian decent. We have Hispanics and Latinos from Mexico, Central America and even South America. We have Asians from Vietnam, Philippines and even East India. We totally diversified — it’s beautiful and unique.”

As he celebrates this year, Edwards said he likes to reminisce and remind the public on all the downfalls and triumphs St. James has been through but that one thing still rings true — St. James continues to stand tall as a beacon of the community.

“This church has so many connections to so many people,” he said. “It’s amazing the number of people that have a spiritual connection to St. James.”

St. James hosted its 90th anniversary celebration Saturday with a reception and homecoming ball, followed by Sunday Mass with a message of tradition, change and unity.

“Port Arthur is losing its treasures,” Edwards said. “We’ve lost St. Mary’s hospital. We’ve lost St. Mary’s Church and many others have been demolished. St. James is one of those rare jewels we still have left in this community, because of that we celebrated to offer thanks and to remember the good times.”