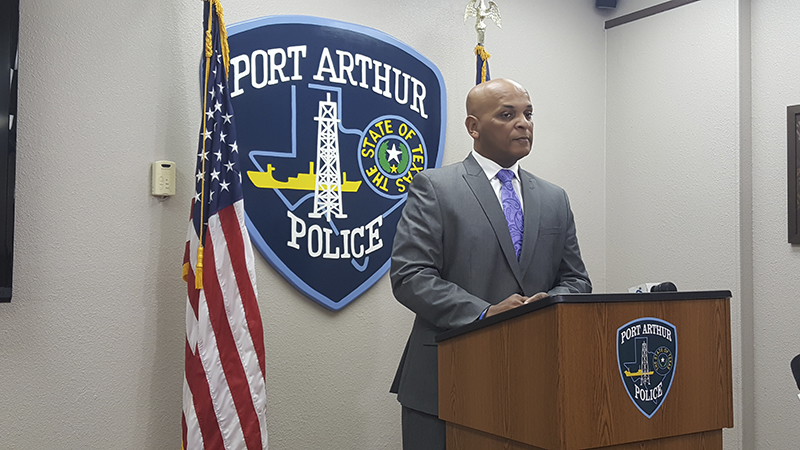 The breakout of four violent crimes in a three-day span, resulting in the deaths of two people, is alarming leaders of Port Arthur.

Lloyd Scott, pastor of Eastern Star Baptist Church in Port Arthur, believes a disconnect between disadvantaged persons and their homes, churches and government is leading to a rise in crime.

“These are the kids, especially the young men, they get help from no one,” Scott said. “They live off young ladies who live off Section 8 [public housing], but they can’t make their own living, so they fight for their own turf.”

In some cases, the recent violence in the city has impacted children. Port Arthur Police responded to three shootings, including two on Sunday. A 22-year-old black female, who was a mother of two, died and four others were wounded in a shooting on the 1100 block of Vicksburg Avenue at 2:32 a.m. Sunday.

Four-and-a-half hours later, 10 persons, including adults and children, were targeted in a drive-by shooting on the 3600 block of 7th Street. No injuries were reported.

Those incidents occurred one day after a woman was assaulted in her bed during a robbery Saturday morning on the 1900 block of 18th Street. A suspect was arrested.

And on Friday, a single gunshot wound to the chest claimed the life of a black male, Deshandric Clayton, at Avery Trace Apartments in Port Arthur.

“This is just a generation that’s detached from any foundation,” Scott said. “Children who’ve been having children, and you’ve lost that connect to the old-school foundation and raised without any restraints or fear of death, no regard for life, no dreams, no aspirations. What creates that? The answers are many.”

Whether the crimes are related is still unknown.

“It’s still under investigation,” Port Arthur Police Chief Tim Duriso said. “We don’t know whether they are related or not. We’re still early in the investigation, and we have officers and detectives out there trying to figure out what we have.”

Duriso added police are looking at “all angles,” given the proximity of the crimes.

“We have detectives out there who are communicating with the citizens, going door-to-door,” Duriso said. “… We hired some extra bodies working overtime to try and come up with the leads. We do have leads up to this point and we’re still following up additional leads.”

Port Arthur Mayor Thurman Bartie said he could not put a finger on the common denominator in the recent crimes.

“As a mayor, we stand in support of whoever can bring some decent resolve to this, not so much solving the crime but stopping the crime,” Bartie said. “The police solve the crime. If we can help change the behavior, we’re ready to aid that person or that group of individuals.”

Something must have sparked the crimes, however, Bartie added, whether it was anger or something else.

“It’s a grave concern that we have,” he said. “As a mayor of the community, all I could ask is that we do what is necessary to bring a peaceful resolution to whatever is causing it. I’m not sure what the detonator is.”