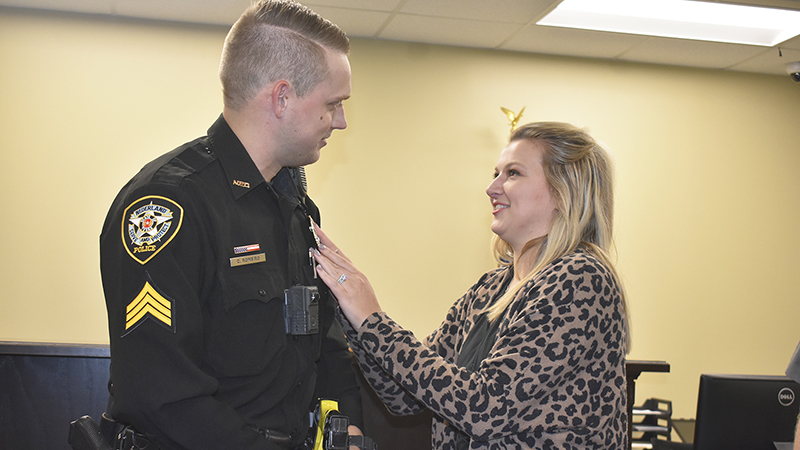 NEDERLAND — Newly promoted Nederland Police Sgt. Chase Romero is ready to take on his new role in the department.

Romero, who has been with the department almost five years, has served as a patrol officer, field training officer and detective before making the move toward the rank of sergeant. 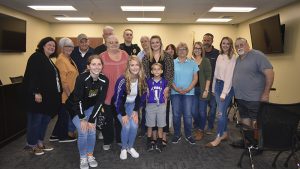 Newly promoted Nederland Police Sgt. Chase Romero, in back, poses for a photo with family and friends after a brief ceremony.

His new role will be more of an administrative one. Becoming a sergeant was one of his main goals.

“The opportunity to lead effective officers and reflect what I would want serving me as a citizen,” Romero said after a brief ceremony inside the municipal courtroom in Homer E. Nagel Public Safety Complex on Boston Avenue on Friday. “And to be effective and proactive in serving the citizens of Nederland to the best of my capabilities.”

All eyes were at the front of the packed courtroom as Jaci Romero, his wife, officially pinned his badge naming him a sergeant.

Nederland Police Chief Gary Porter kicked off the ceremony saying it was a great day for the department and for Romero.

The testing process for the rank of sergeant was grueling, Porter said.

“I think he’s going to do a great job,” Porter said.

The NPD now has five sergeants — four shift and one administrative, which is Romero. 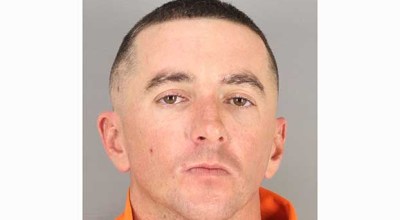