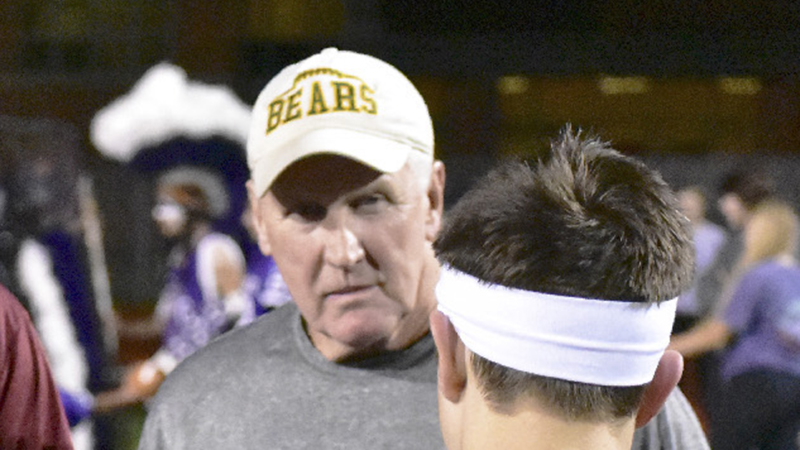 “It is a classic drive,” exclaimed Bob West, former sports editor at The News, during the Friday Night Experience broadcast commenting on a 1999 PNG game with his cohost Jim Barton.

That drive was “The Drive,” the final possession for PNG against Schertz Clemens during the state semifinals played at Texas A&M’s Kyle Field. With a little more than 2 minutes left in the game, and down 13-9, the Indians, with quarterback Dustin Long, executed just about every strategy on offense, and each one flawlessly, to score the game-clinching touchdown to beat Clemens 16-13. They won a spot in the state championship in the Astrodome against eventual champion Stephenville.

It had been 22 years since the Indians had been to the “Big Show,” as former head coach Matt Burnett had called it, and now, 20 years after “The Drive,” PNG will pay homage the 1999 team, coaches and players, before the Indians’ Friday game against Dayton.

The event will begin at 6:45 p.m. in the end zone. The names of the coaches and players will be called out, and at 7:15 the clip from the Friday Night Experience broadcast will be shown on the jumbotron. Burnett himself will be named honorary team captain and join the current crop of Indians for the cointoss before the 7:30 p.m. kickoff.

“Those types of players don’t come around every year at PNG,” Burnett said. “We were just happy to be able to make our mark. As long as it took us to get to that game, it took us about 20 years to get back there in 1999, and here we are about 20 years after we did it.

“It took a lot of good coaches, a lot of great administrators and a lot of great students to get there, and I’m also talking about the band, the Indianettes, cheerleaders, everybody. It takes everybody — it takes the whole community to do it.”

The Indians went on to lose against Stephenville 28-18, at the time coached by former Baylor coach Art Briles, with Briles’ son Kendal as quarterback. Even so, the Indians cherished playing for the fourth time that season in the Astrodome, filling the seats with over 30,000 people, many of them PNG fans.

“It was a great group of kids to be around,” former assistant coach Kyle Segura said, who is now PNG’s transportation director and stadium manager. “I still stay in contact. That’s more for me than anything, having a relationship with these kids.”

Burnett is coaching in Little Cypress-Mauriceville now, after retiring from PNG in 2016, and spent two years working in real estate. He still remembers the night of “The Drive” though.

“Coaching at PNG, and playing at PNG for the players, knowing that teams before you have made it to the state championship game, even though it had been 20 years, we knew it was possible, and when you know it was possible, you strive to do it,” Burnett said. “And that was our big driver through the year. We had the confidence knowing that it can be done with a school our size.

“It was just a major accomplishment for the whole community.”