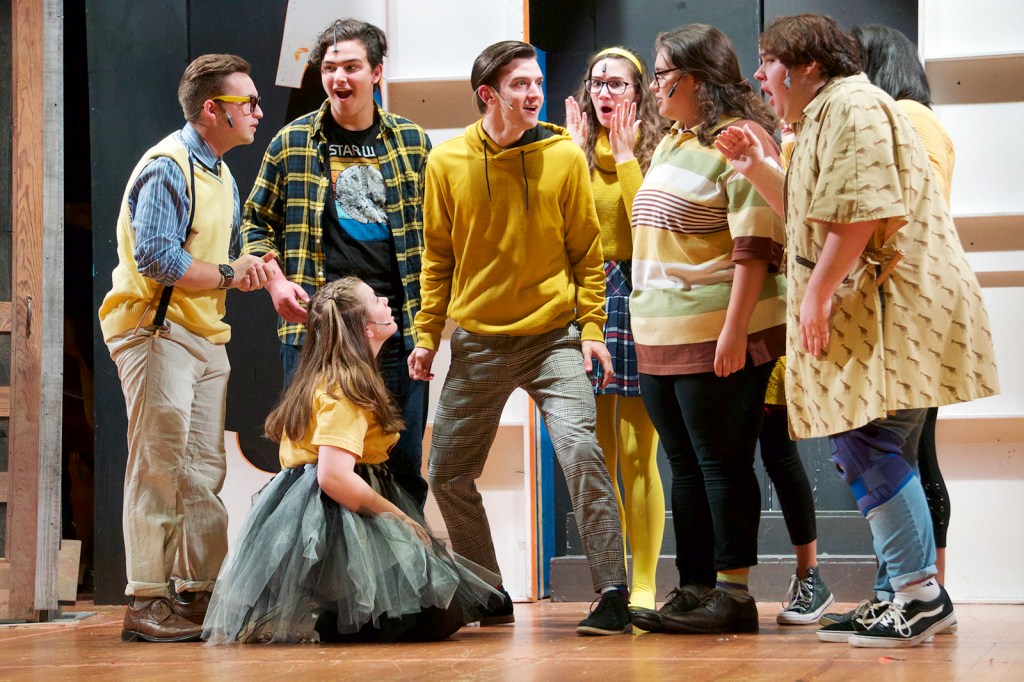 Port Neches-Groves High School’s Indian Players rehearse Tuesday in the auditorium for their debut of the off-Broadway play “Puffs,” which follows secondary characters in a certain school of witchcraft and wizardry. (Cassandra Jenkins/The News)

This isn’t the exact iconic line from a world-renowned and beloved seven part book series, but this also isn’t your exact iconic play.

“Puffs, or Seven Increasingly Eventful Years at a Certain School of Magic & Magic,” is a Potter-inspired comedy and spoof about secondary characters in a certain boy wizard’s world. 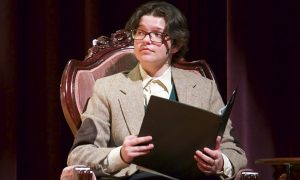 Wyatt Curry, a senior from Port Neches plays the narrator in PNG theatre’s upcoming play, “Puffs.” Curry rehearses his role as the anonymous voice of the play Tuesday in the high school’s auditorium.

“(The play) is from the perspective of an entirely different group of students at that magic school, hence ‘the Puffs,’” Port Neches-Groves Theatre Director Melissa Eyles said. “The play’s been performed off-Broadway for several years and even had a touring show in Australia. We are one of the first high schools to present it in the States.”

Eyles said she selected the play to showcase the students’ talents and do something new and fun.

“This show has a lot of switching roles and people playing multiple parts,” she said. “This gives the students an opportunity to do different voices and different characters. I like to have something where everyone in our Indian Players gets to have an important role, plus who doesn’t love stories about boy wizards?”

“Puffs,” which runs about 90 minutes, casts a handful of intriguing main characters.

The dynamic trio includes Wayne Hopkins, who is the other orphan from New Mexico; Megan Jones, the daughter of one of He Who Must Not be Named’s most loyal follower; and Oliver, a math genius who studied at Oxford and is now “just a wizard.” 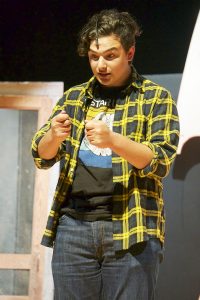 “(Wayne) is an absolute nerd, not because he’s smart but because he loves Star Wars and Lord of the Rings and geeky things,” Hall said.

“When he finally gets his letter that he’s going to wizard school, he starts to see visions of being a hero. The role has a lot of emotional moments and those are my absolute favorites to play with any character.”

“In the beginning, (Megan) starts off very aggravated at the world but then she grows into a hero,” Harvey said.

“I love playing her because she is so different from my personality. I like the challenge and the contrast from any of my previous roles.” 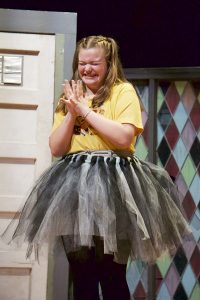 Maura Gibson, a sophomore, and one of the youngest students in the play, is double cast as Leanne, a spunky student whose first interactions with others her age benign at the wizarding school and Ginny, a flirtatious love interest.

“My favorite character is definitely Leanne,” Gibson said. “She’s out there and she’s not afraid to stand up for what she believes in. She’s confident, even if no one else gets her.”

The entire play is narrated by an anonymous voice, unidentified until the ending scene. Wyatt Curry, a senior from Port Neches, voices the narrator and said his favorite part of the play is his cast mates. 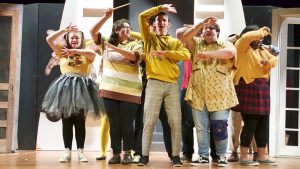 “The Puffs are very similar to us as a cast,” he said. “We’re all very close and we all get excited about the same things. We’re loud like the Puffs and we enjoy each other like they do. It’s like being another family in a script.”

Eyles said the play is going to be delightfully weird and she wants to encourage the community to come out and support the Indian Players.

“The PNG High School Theatre Department encompasses kids from all of the organizations on campus,” she said. “It’s a really great chance to come out and support them, not only on the football field or in the stands but here in the auditorium.”