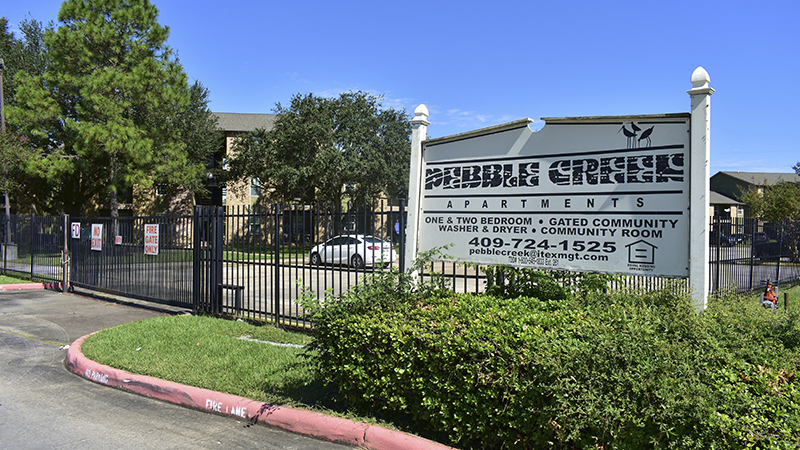 A 24-year-old man was found dead near the Pebble Creek Apartments on Jimmy Johnson Boulevard in Port Arthur on Saturday. (I.C. Murrell/The News) 10-12-19

The 24-year-old victim was found near the Pebble Creek Apartments, located at 4251 Jimmy Johnson Blvd.

Port Arthur Police have charged a woman in connection to the death with murder. According to a news release, an investigation revealed the victim and suspect were in a relationship.

“It wasn’t a shooting except for a wound to the chest,” Duriso said, adding police suspect the man was stabbed.

The man’s name has not been released, pending notification of next of kin.

“Identities of both victim and suspect will be released at a later date and time,” a release from Det. Mike Hebert stated.

Jefferson County Justice of the Peace Tom Gillam declared the man dead and has ordered an autopsy of the body. He said an autopsy report could take six weeks if a toxicology test is needed.

“If we don’t have to wait on toxicology, that would be relatively quickly, maybe the next couple of days,” Gillam said.