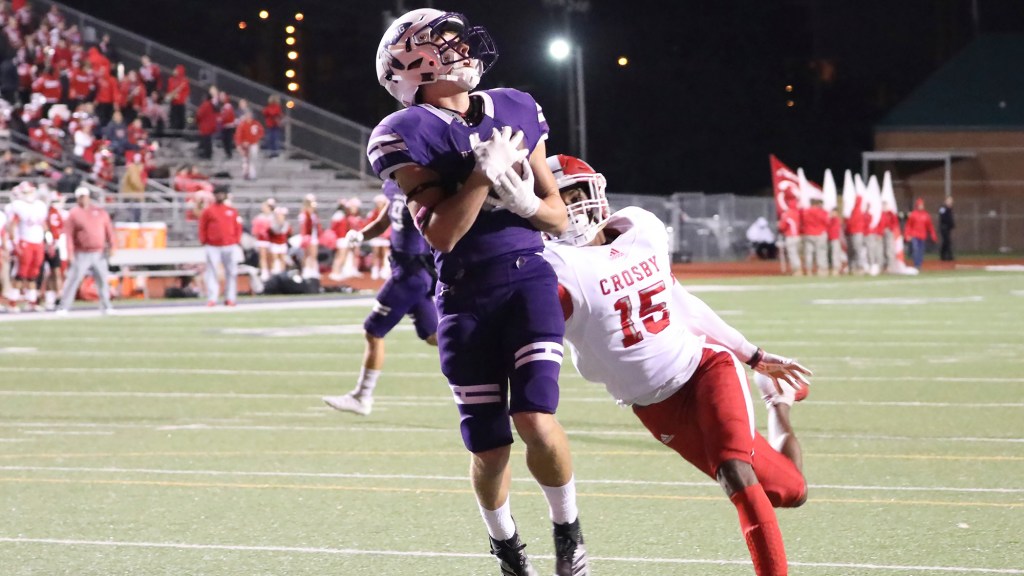 PORT NECHES – The Port Neches-Groves Indians couldn’t build off a quick start as the visiting Crosby Cougars rallied for a 13-7 win at The Reservation on Friday night.

The Indians took a quick 7-0 lead just 3 minutes, 14 seconds into the game, driving 75 yards on nine plays on the game’s opening possession that saw PNG going against a 15 mph wind. Quarterback Blake Bost was 5-of-6 for 66 yards on that drive, capping it with a 31-yard TD pass to Brady Nail. But that would be the only time the Indians (4-2, 2-1 in 12-5A-II) found the end zone on the night. 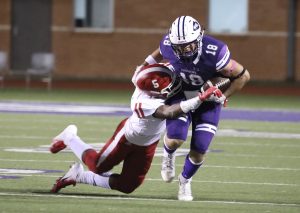 The Indians dominated most of the first quarter, but Crosby (2-3, 2-1) took advantage of a gift when Nail fumbled the ball when scrambling as Crosby’s Michael Ray scooped up the bouncing ball and raced 43 yards to the end zone to tie the game at 7 with 8:01 remaining in the second quarter.

The Indians hurt themselves with four turnovers, including three second-half interceptions by Bost. Meanwhile, Crosby was much more efficient on offense after the break, scoring the only touchdown of the second half on a 30-yard run by Deniquez Dunn with 7:01 remaining in the third quarter.

All three touchdowns in the contest came while going against the strong wind that intensified as the contest wore on.

Crosby dominated time of possession in the second half, having the ball for 14:58 over the final two quarters, while the Indians had the ball for just 9:02. The three turnovers certainly hurt PNG in that regard.

Bost who was 14-of-23 for 157 yards and a TD in the first half, hitting 10 of 11 passes at one point over the first two quarters, was 4-of-16 for 19 yards in the second half as the Crosby defense shut down the PNG passing game.

Ray scored on the 43-yard fumble recovery with 8:01 remaining in the second quarter to tie the game at 7 apiece. PNG dominated the game to that point, but that TD gave the Cougars a shot in the arm.

The PNG defense, which did its best to keep the Indians in the game, coming up with some big stops in the second half to give the Indians good field position. Unfortunately, for PNG, the Crosby defense rose to the occasion each time.