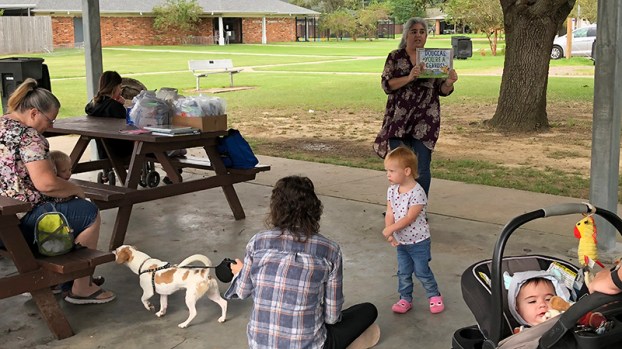 Senior Library Assistant Molli Hall read several books, including “Douglas You’re a Genius” and “Alfie” to a gathering of children and a visiting furry friend named Cappie, who is currently being fostered by Mary Jennusa. 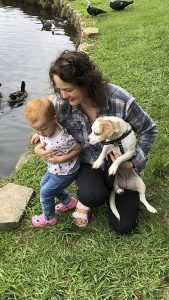 Mary Jennusa, her daughter Lila, 2 ½, and their foster dog Cappie, check out the ducks that flocked to hear the stories told during the Hughes Public Library’s Dogtober event. (Brad Robichaux/The News) 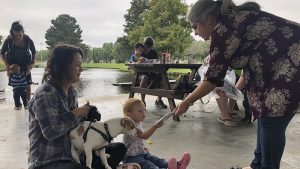 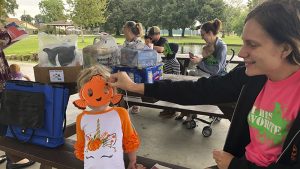 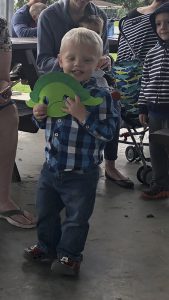 Hank Whipple, 2, is excited to try on his mask. (Brad Robichaux/The News)

Thank you to Market Basket for hosting the Mid-County Madness trophy this week. The trophy goes each year to the... read more