Boots & Bull Celebrity Waiter event back on after Imelda disruption 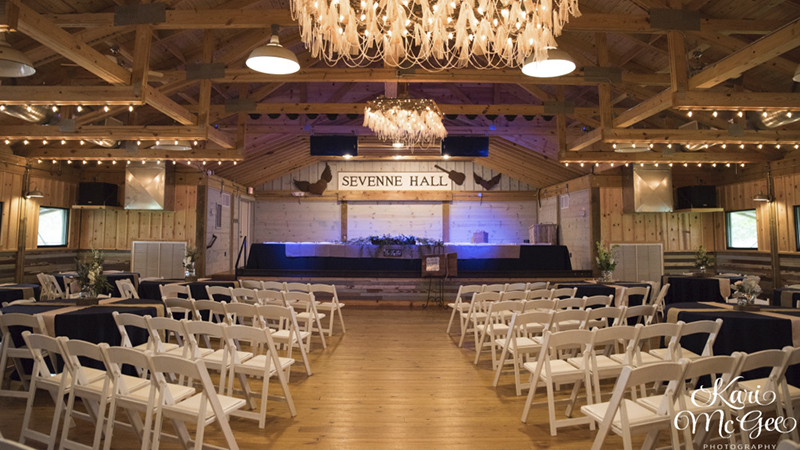 Sometimes not even a pair of boots is enough to hold off the rain.

The Nederland Chamber of Commerce had to reschedule its major fundraiser, the Boots & Bull Celebrity Waiter event, which was supposed to take place on Sept. 19 due to Tropical Storm Imelda.

Chamber president and CEO Diana LaBorde said it was the first time the Chamber had to postpone the event for all of its 10 years. She and the other workers were beginning to get a glimpse of what Imelda had to offer when they had to drive back home in the oncoming traffic lane on Texas 365 because their proper lane was flooded.

“We set up on Wednesday, Sept. 18, we set the whole event up, we have 29 tables we’ve sold for the event, and they’re all dressed and ready to go,” LaBorde said. “So it took 15 of us about three hours to set everything up. Of course when we woke up on the morning of the 19th you couldn’t even get there unless you had an airboat.”

Jim Broussard of Broussard Farm said the venue never needed to shut down and stayed dry during Imelda, though there was no way to get to the venue.

“We had a much larger amount of water during Imelda than we did during Harvey at the farm, but fortunately none of our structures were compromised, and we were fortunate that we fared much better than many others in our community,” Broussard said. “We never closed down. We didn’t have any damage to the facility at all, but you couldn’t come from mid-county and you couldn’t come from the Winnie area.”

Cancelling was not an option for the Chamber, though. LaBorde said that the Chamber raises more money from this event than they do at their funnel cake booth during the Nederland Heritage Festival. She estimated the Chamber raised approximately $19,500 at last year’s event.

“This is our biggest fundraiser of the year, and we really rely on this event,” LaBorde said. “Of course the chamber is funded by membership dues and fundraiser money, and we don’t get money from anywhere else. This particular event has just grown over the years, and we do a staggering amount of fundraising on this one night.”

Because of the postponement, some details of the event have changed. Sage Elmore will provide the evening entertainment, as the original performers, Curse and The Cure, had a prior engagement on Oct. 17.

A few of the Chamber’s usual sponsors and donors also were unable to make the later event date, though LaBorde said the Chamber always has a waiting list for others that want to attend but can’t be fit into the limited available space.

“We sold out two days before the initial date of the vent, then when we saw we had some extra seating from people who weren’t able to come, we immediately filled those seats too,” she said.

The event will include raffles, a silent auction, a live auction and dinner served to guests from some of the area’s most well known names, though after the reschedule and the need to find new celebrities, “Anyone’s a celebrity in our book,” LaBorde said. The Chamber is also going to announce it’s 2019 Citizen of the Year at the event.

“I don’t know if we’ll do as well as we normally do, money wise, and at this point we don’t care,” LaBorde said. “We just want to see the event happen and give people a bright spot to enjoy. A lot of people were affected by this, though thankfully not a lot here.”