Calm & collected: Check out why Titans quarterback Jah’mar Sanders was named Player of the Week 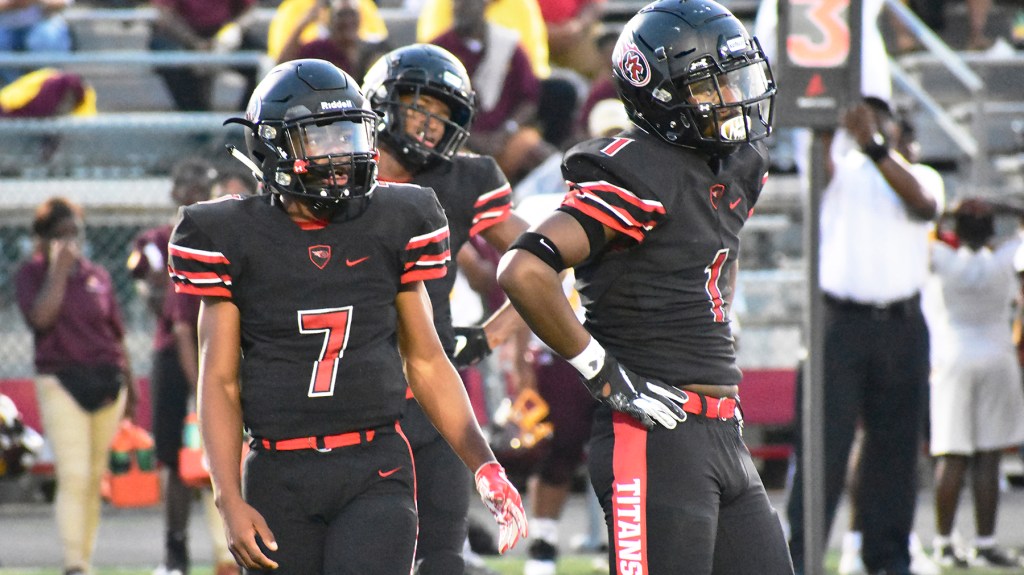 A soft-spoken sophomore, Jah’mar Sanders and the Memorial Titans displayed a similar level of calm in earning their second straight victory.

The calmness was evidence of an aura of confidence.

Surrounded by senior playmakers, Sanders settled in early and completed 14 of 22 passes for 211 yards in pacing Port Arthur’s Titans to a 20-12 win over Goose Creek Memorial on Thursday. That earned Sanders The News’ Player of the Week honor for Week 6.

“It’s kind of major,” Sanders said. “I trust them a lot because they play more than me, so I hold them accountable.”

Gipson finished with 88 yards on seven receptions and Williams turned a pass into a 44-yard reception to set up a 7-yard touchdown run in the second quarter. Williams rushed for another touchdown in the frame.

“I just try and make sure I keep his confidence up,” Gipson said. “I know when Jah’mar has his confidence, he plays lights out, running and passing.”

His ability has allowedSanders to lead the Titans in rushing with 277 yards on 54 carries (5.13 per carry average). That ranks ninth in District 9-5A Division I, and his 622 yards passing are fourth.

His level of confidence might not resemble that of a typical sophomore.

“It probably matches my demeanor and everything, too. He’s pretty calm and laid back, which we can communicate well and don’t have to yell and scream a lot at him and just get him to understand what we’re trying to do.”

Now 3-2 and 2-0 in district, the Titans might feel a sense of excitement as they welcome New Caney (5-0, 2-0) to Memorial Stadium on Friday.

Other big performances of the week in Mid- and South County from Week 6:

In Nederland’s 40-14 loss against Barbers Hill on Friday: