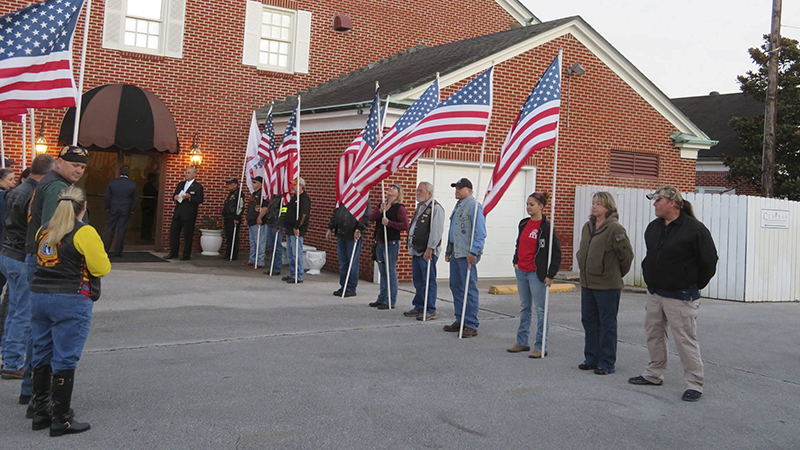 Members of Patriot Guard Riders-Golden Triangle stand solid and silent with their flags to honor a service member during a funeral. (Courtesy photo)

A PNG graduate and Air Force veteran is coming home to Nederland this Sunday, and he’ll be escorted into town with honor.

Patriot Guard Riders-Golden Triangle will be delivering the remains of Senior Airman Ian Judah Taschinger, 25, who died in a motorcycle accident on Sept. 15 in New Mexico, to Veterans Park next to Nederland City Hall and present his ashes to Taschinger’s family at 2:15 p.m. on Sunday.

This will be the last leg of a more than 900-mile journey that Patriot Guard Riders is undertaking to honor Taschinger’s service.

“We’re just trying to get the word out,” said Nederland councilmember Emmett Hollier, who also belongs to PGR-GT. “People can line the streets along Nederland Avenue or 12th Street. They can be at the Veterans Memorial Park in Nederland next to city hall, they can bring flags or just come to show respect for this young man that gave four years of his life. We just want to pay respect to him on Sunday as we hand the remains back to town and present them to his family.” 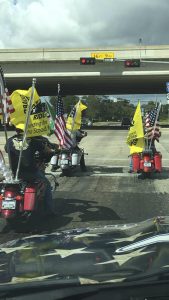 Patriot Guard Riders-Golden Triangle ride with flags on their motorcycles to escort the remains of a service member during a funeral procession. (Courtesy photo)

The journey was organized by several chapters of the Patriot Guard Riders in New Mexico and Texas. The PGR New Mexico state captain contacted Sandra Womack with PGR-GT after one of Taschinger’s co-workers notified the captain that Taschinger’s remains were going to be transported back to Texas by plane.

Womack coordinated with deputy captains across Texas to piece together the parts of a “pony express” escort of the ashes, with branches handing off the remains to the next once their leg of the journey is complete.

“When he stays the night he’s in a place of honor, so one night in Austin he stayed at the Austin Fire Department, and he’ll be in Porter where they’ll be transferring him to us, and he will be staying at a VFW post being watched over,” Womack said. “That’s how we hand him off and move him across. We rarely have these.”

While much of the trek will be undertaken on motorcycles, a motorcycle is not necessary to participate with Patriot Guard Riders.

“Some of us don’t have motorcycles because we lost them in Harvey, and I’ll be in my car,” Womack said. “But it’s between motorcycles and cages, that’s what they call cars. You’re not required to ride a motorcycle, you’re just required to show respect.” 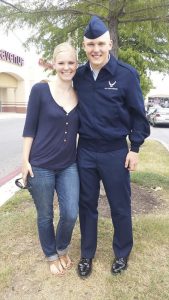 Sr. Airman Taschinger graduated from Port Neches-Groves High School in 2012 and immediately joined the Air Force, according to his father, Thomas Taschinger.

“He actually signed up for six years — he wanted to be a lifer — but he was discharged after four years because of his back,” Thomas Taschinger said.

After his discharge, Taschinger became a military contractor working at Holloman Air Force Base in New Mexico, the same base he was stationed at during his service, working on F-16 fighter jets as an avionics technician. During his service he was named Airman of the Year, Maintenance Professional of the Year and received three challenge coins for outstanding service.

“One of his Air Force buddies said that Maintenance Professional of the Year was actually a bigger honor than Airman of the Year, which sounds pretty good to me,” Thomas Taschinger said. “So he had a good career, a short career but a good one.”

“We stand solid for their honor for their service to us for being in the military and defending our community,” Hollier said. “Then from the funeral home to the cemetery we’ll escort the funeral procession to the burial site and once again display the flags and stand tall and solid in their honor as well.”

Hollier said there haven’t been as many protests recently at funerals for veterans or service members, but PGR still wants to be there for grieving military families.

“We want to continue to show honor and our respect for these military personnel, whether they’re active duty or veterans,” he said. “We want to show support. They gave their lives for us and it’s only natural for us to give 30 minutes to stand tall and show respect for them.”

The support shown to his family from PGR and Hollowman Air Force Base has been deeply moving, he said.

“Hollowman flew three flags in these F-16s and folded them in the triangle pattern and gave them to family with a certification saying they had been flown in F-16s in honor of our son,” he said. “They’ve been kind to us the whole way.”

The route PGR will be taking is: