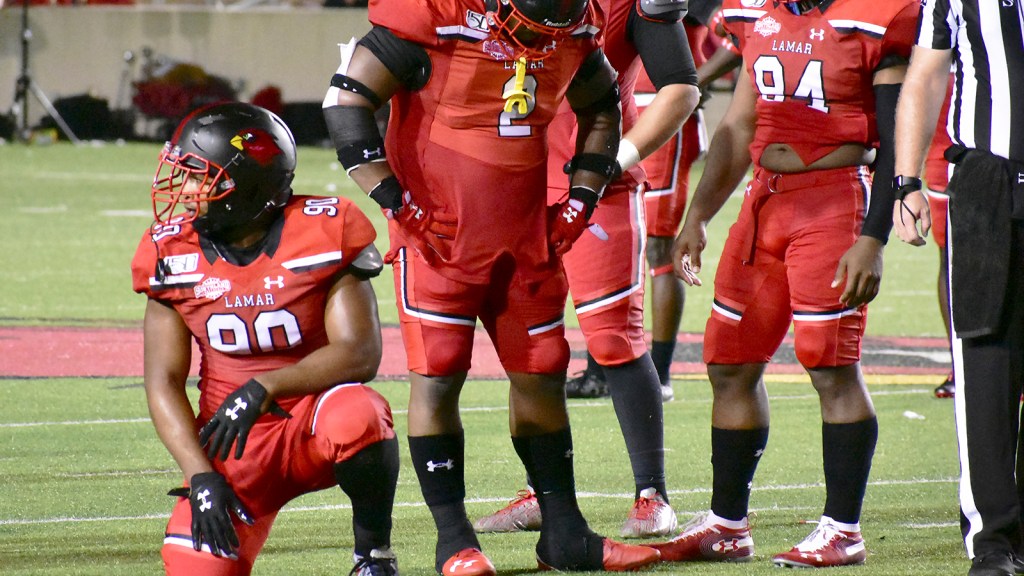 BEAUMONT – There is no doubt that last Saturday’s homecoming loss left a bitter taste for Lamar (2-3, 0-2 Southland), so the Cardinals have been left with the task of moving on, and that means getting prepared for Abilene Christian.

Big Red will be looking for its first Southland victory of the season against an ACU squad that has already played three conference tilts.

The Cardinals enter the week looking to put an end to a three-game slide, while ACU (2-3, 1-2 SLC) is looking for stability. After a 2-0 start the Cardinals have dropped three straight, a stretch that consists of two road games, including one at No. 16 Texas A&M.

For the Wildcats, it has been an up-and-down ride to this point. One of several Southland teams to don purple and white these days, the Wildcats have rotated wins and losses in 2019. In conference play (three games), the Wildcats are just eight points from being undefeated on the season and nationally ranked. After a heartbreaking one-point loss at Central Arkansas, ACU returned home to knock off McNeese, then followed that up with a seven-point setback at defending conference co-champion UIW. If that trend holds, ACU is due for a win, but there is also another trend to watch that favors the Red and White. The Wildcats have yet to record a victory away from Abilene this season.

The LU offense will be looking for redemption this week after Stephen F. Austin held the Cards’ normally high-octane offense to a mere 17 points. SFA was aided by numerous penalties that wiped out big plays – including a punt return for a touchdow. Despite the miscues, the Cardinals managed to put up 358 yards of offense.

ACU enters the week ranked second in the league in total defense. The Wildcats are holding opponents to fewer than 370 yards per game, which will present an interesting showdown on the field. Big Red enters the week averaging nearly 420 yards of total offense this season.

There will be plenty of events taking place on campus prior to kick off for fans wishing to spend their day with the Red and White. A mainstay of college football is tailgating and along with tailgating comes all the pride and pageantry of college football. In addition to the LU marching band and spirit squads that will be in attendance, fans will have the opportunity to meet the coaches and players as they make their way to the stadium. In addition to the ReMax Skydiving team once again jumping into the stadium, Caylan Daughrity will be performing live in concert during tailgate, which will be located near Cardinal Lane.

Education First is the entitlement sponsor for Saturday’s contest – a game that is serving as a pink out for the university – and will be handing out branded seat cushions while supplies last.