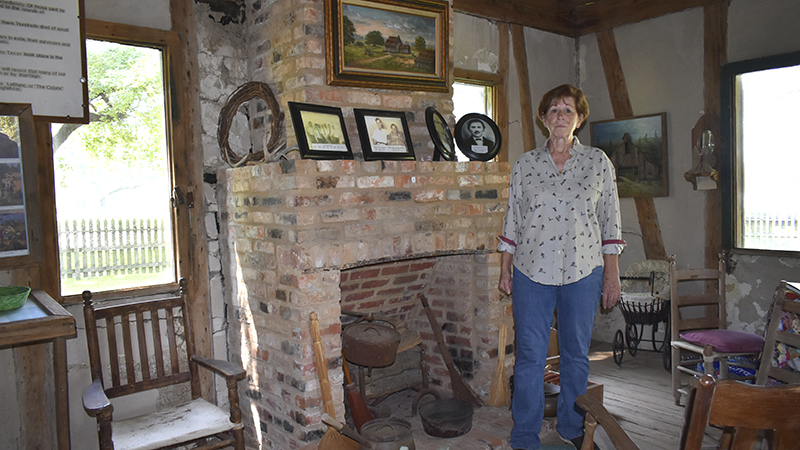 Karen Mills, president of Les Acadiens du Texas, stands Friday inside La Maison Beausoleil Museum at Port Neches Riverfront Park. The museum is an authentic Cajun home that is 209-years-old and will be open for tours after an Oct .11 Acadien/French Mass. (Mary Meaux/The News)

PORT NECHES — Standing on the front porch of La Maison Beausoleil, sunlight streaming through the leaves of nearby trees but not enough to make you squint, birds are happily frolicking limb to limb while belting out a song.

It’s easy to imagine what life must have been like in this home that’s roughly 209-years-old.

And you can do just that at 11 a.m. Oct. 13 during the Annual Acadien/French Mass at the museum that’s Cajun name translates to House of Beautiful Sunshine located in Port Neches Riverfront Park.

The Rev. Gary Schexnayder, retired, of Lafayette will officiate the Mass.

There will be seating for 200 but people are asked to bring their own lawn chairs.

After the Mass there will be some toe tapping music by Jude Moreau and band, consisting of Bubba Brown and Larry Hebert.

There will also be food vendors with chicken gumbo, boudain, links, cold drinks and a sweet shop with homemade goodies. 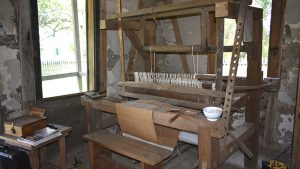 Les Acadiens du Texas, a non-profit established in 1980 to promote the Acadian language and culture in the area, oversees the Museum.

Karen Mills, president of Les Acadiens du Texas, remembers her grandmother and grandfather speaking Cajun and can herself pick up bits of conversation but she doesn’t speak it. She looks forward to the Mass, calling it comforting.

Local Cajun musician Jude Moreau had been part of the musical entertainment portion of the event for many years.

The main part for him is keeping the Cajun language and culture going.

The upcoming event is for all ages and there are many reasons to come out.

“It’s a family deal. Little kids get exposed to the culture and the music — hopefully it’ll be good weather and pretty that afternoon, why not come out to the park and spend a little time,” he said.

He’s also hoping other Cajuns come out who may not have been exposed to the music and culture and learn a little about their heritage. 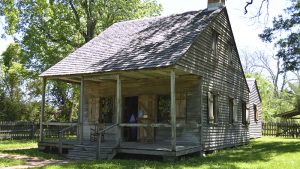 The Acadien/French Mass is also a time for fundraising to benefit the Museum.

La Maison Beausoleil was built around 1810 in St. Martin Parish, La., and is an authentic Cajun architectural style home transported via barge down the Vermillion River south to the Intracoastal Canal then west to the Neches River to the park in Port Neches, according to information on the city of Port Neches website.

The building is named in honor of Joseph Dit Beausoleil, who, along with other Acadian families and Native Indians of the region of Nova Scotia, Canada, fought in a war against the English after the start of the deportation in 1755. The children of Martin Broussard and Editha Bourque, direct descendants of Joseph Broussard, donated the home.

Mills said the foundation of the house/Museum is in need of foundation repairs but crews have to be careful. Inside the structure there is bousillage insulation, which is made from river mud, moss and deer hair that is coming down due to weather conditions and past hurricanes.