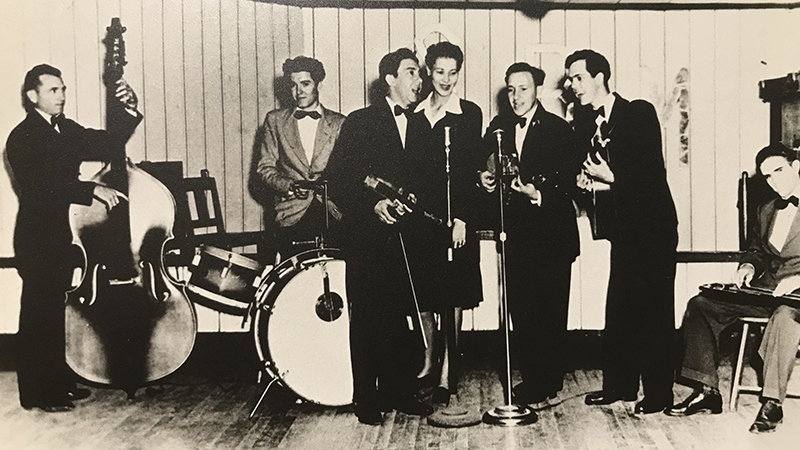 Sometimes called the “Cajun National Anthem,” the song’s regional popularity escaped the backwater dancehalls and fais do-dos of south Louisiana and Southeast Texas in 1946 and 1947 by way of the talents of Harry Choates, a largely self-taught, legendary fiddler, born in south Louisiana but reared in Port Arthur, who first played as a boy on a borrowed fiddle on sidewalks along Procter Street, in local bars and in barbershops, wherever customers would toss him loose change for his impromptu yet brilliant work.

Nowadays Choates, who died a drunk in an Austin jail cell in 1951, is memorialized by an historic marker at his gravesite in Port Arthur’s Calvary Cemetery, erected more than a half-century after his ignominious death — he was jailed by request of a Jefferson County judge over matters stemming from non-support of his wife and children.

Yet he’s ensconced in the Museum of the Gulf Coast in Port Arthur and the Cajun Music Hall of Fame in Eunice, Louisiana, the first Cajun musician to make the Billboard 100. He’s the “Fiddle King of Cajun Swing.” Of that, there’s no dispute. 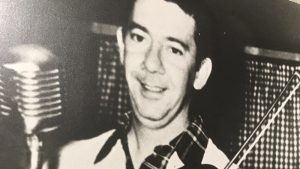 Other facts about his short life remain in hot collision. He was born in Rayne or New Iberia or Cow Island, Louisiana. His mama was Tave Manard or Edolia Menard or Idolie Choate and she may have borne her son without benefit of matrimony. Or, it’s more likely, Clarence Choate was her second husband.

Either way, he was baptized at Our Lady of the Holy Rosary in Kaplan, Louisiana on June 18, 1923. My call to that church got this response: It didn’t exist then. The Rev. Odilon Brise was listed as the priest for that initial sacrament. Sponsors were Clerfe Choate and Pauline Choate.

Choates himself added the “S” to his last name, legend says. It might have had something to do with writing bad checks.

Even his death was shrouded in mystery. Jailers suggested that, denied liquor in his cell, he was delirious after he was jailed, banged his head against his cell bars repeatedly, fell into a coma and died on July 17, 1951. Naysayers suggested his captors beat him to death.

What’s not in question is his musical genius. A seventh-grade dropout — he was expelled from St. James Catholic School in Port Arthur for a lewd joke on a nun — he largely shunned school after that.

Jerry Bellot of Port Arthur remembers that genius. Now 78, Bellot said his parents would carry him to house parties, “fais do-dos,” in Port Arthur in the ‘40s when he was a toddler or barely older. Sometimes, if folks were lucky, Choates played. Bellot remembers his parents putting him down to sleep to the sounds of Choates’ instrument, but Bellot listened instead.

“My dad loved to go to his dances,” Bellot recounted. “My daddy said Harry Choates was the best of them all.” 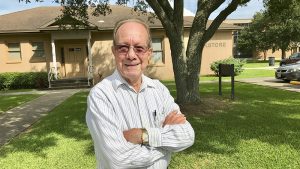 In fact, lots of Cajun music historians agree today, nearly seven decades after Choates cut his last record. And Bellot’s father, barber Milton Bellot, was in good position to make his judgment. He himself was a musician who played house parties. As a boy, Choates used to play the fiddle in Bellot’s barbershop, located then near Gulfway’s intersection with Houston Avenue, for pocket change from customers. It’s all Choates needed to get by.

Floyd Badeaux remembers Choates, too. Like Choates’ family, Badeaux’s family moved from Acadiana, the Cajun heartland of Louisiana, to Port Arthur for a refinery job at Texaco.

“I knew who he was,” Badeaux recalled of the Fiddle King. Choates’ parents separated while in Port Arthur and Choates would sometimes stay with his mother in a home on 13th Street, not far from Nederland Avenue, near Badeaux’s boyhood home.

On a Saturday morning in 1945, Badeaux, then 12, rode his bicycle to KPAC on Lakeshore to listen to Choates play live in the studio. George Crouchet hosted the morning show, Badeaux said, and doughnuts were free. About a dozen folks could fit into the studio — and Harry Choates loved a crowd.

After the show, Badeaux said, he stood outside the station with his bike. Choates approached him and asked if he could ride it. Badeaux said Choates hopped on the bike, wobbled around a bit, then ran into a fruit tree.

“I suspect he may have taken some refreshment,” Badeaux said recently of that morning. “He may have hit the branches but he and the bike went down.” When Choates was drinking, the clock was never an impediment.

No harm was done to bike or rider. Badeaux went his way, Choates his. And biographer Tim Knight had a story for inclusion in “Poor Hobo,” his short biography of Choates published by the Port Arthur Historical Society. 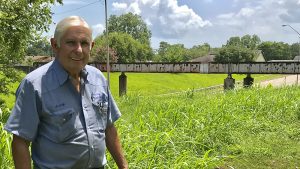 A year later, Choates’ stage got bigger than Port Arthur and the Gulf Coast. He and the Melody Boys began an association that lasted a couple of years. They were the ones who created the new version of “Jole Blon,” the song title misspelled by the native New Englander, Bill Quinn, whose Houston studio recorded it.

It wasn’t Choates’ first recording. He’d played on recordings with Leroy “Happy Fats” LeBlanc, a respected Cajun musician, in 1940. But the 1946 version recording of Jole Blon — “Pretty Blonde” — was unmistakenly Choates’ creation, even if it differed greatly from the Breaux Brothers version of 17 years before. Even if the credits in frequent pressings cited “Harry Shoates” and “Harry Coats.” Darn that Bill Quinn.

“How important to Cajun music?” Falcon said of “Jole Blon.” “It highlighted there was music in South Louisiana that could be marketed in Western swing or country music. Folks said, ‘I can cover that, too.’” They included folks like Hank Williams and Roy Acuff and, later, Waylon Jennings. Cajun crossed over into country.

The pretty blonde herself remained a fixture in many artists’ minds. Cajun artist George Rodrigues, created a lasting image of her in his studio one night in 1974. He made numerous more paintings of the mythical blonde. Bruce Springsteen had his own version of “Jolie Blonde” in the 1980s and beyond.