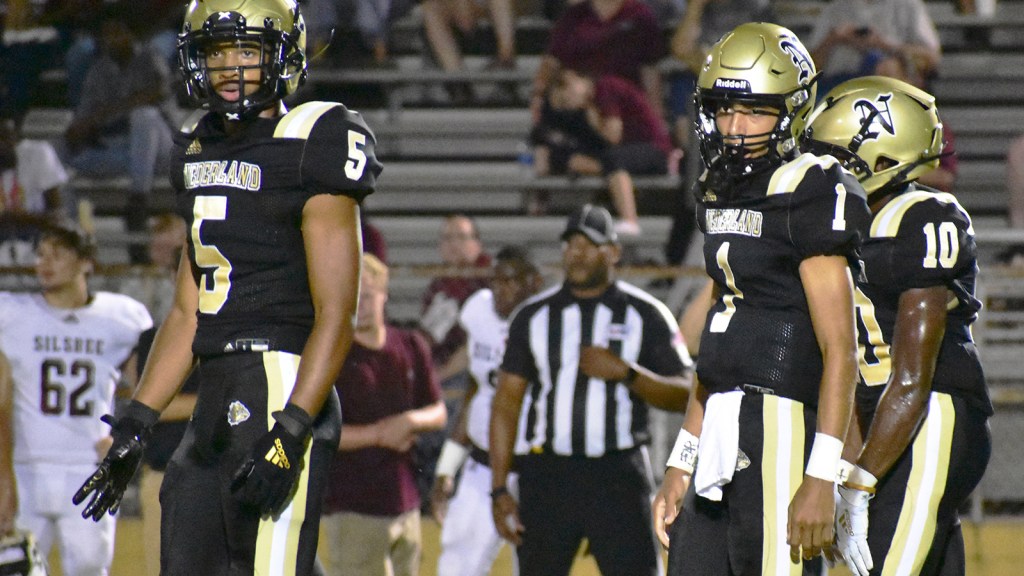 NEDERLAND — Barbers Hill is not a typical homecoming opponent for any team.

“Yeah, I know,” Nederland quarterback Bryce McMorris affirmed. “We need to come out fast so we can do our jobs and take care of business.”

“Going into Santa Fe, we wanted to be more explosive offensively and take big shots,” Bulldogs coach Monte Barrow said. “We missed on a couple and we hit on a couple. Teams seeing we can do that can open up a lot of other things because, for however many years, teams have come here and said, ‘we’ve got to stop the run.’ If we can put in their minds that there are other things to this team, then that can help us out.” 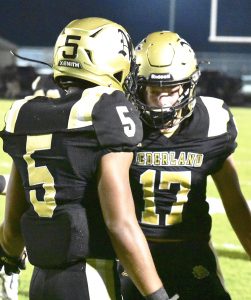 For now, the Eagles may be keying in on McMorris following his 11-for-17, 228-yard, four-touchdown performance. The Bulldogs also have a healthy backfield again with juniors Kade Scott and Josh Mazyck.

Barbers Hill, though, has a high-octane but balanced offense that averages 436.8 yards per game.

McMorris’ 763 yards this season (on 48-of-89 passing with seven touchdowns and five interceptions) is good for third, just ahead of Barbers Hill junior Christian Kaopula (594 yards, 10 TDs and an interception on 41-of-67 passing). Junior Cameron Cauley (452 yards, 27 receptions) is Kaopula’s favorite target, leading the district in receiving yards and having caught all Kaopula’s touchdowns.

Barrow’s major concern against the Eagles is limiting turnovers. Nederland owns a plus-5 turnover ratio in fumbles (seven recovered from opponents and two lost) but has yet to intercept a pass this year.

It was in this matchup last year that a forced fumble and interception by now-graduate Landon Hiltz proved crucial in a 27-21 Bulldogs victory in Mont Belvieu.

“You’re playing a good team like that, you can’t help them out, No. 1,” Barrow said. “You’ve got to take advantage of every possession you have. It may be the one the game teeters on, a lot like last year. Winning it late, getting two stops, one of them Landon Hiltz stealing the ball from a guy when they were near the end zone, changed the momentum of the game. Momentum shifts and whoever takes advantage of that one late will end up getting the win.”

As homecoming week culminates in a first-place battle, the Bulldogs’ locker room has found more hype with the team coming off a shutout victory.

“Everybody just keep doing what they’ve got to do,” Scott said. “Practice better, play more physical in games, and we’ll be all right.”