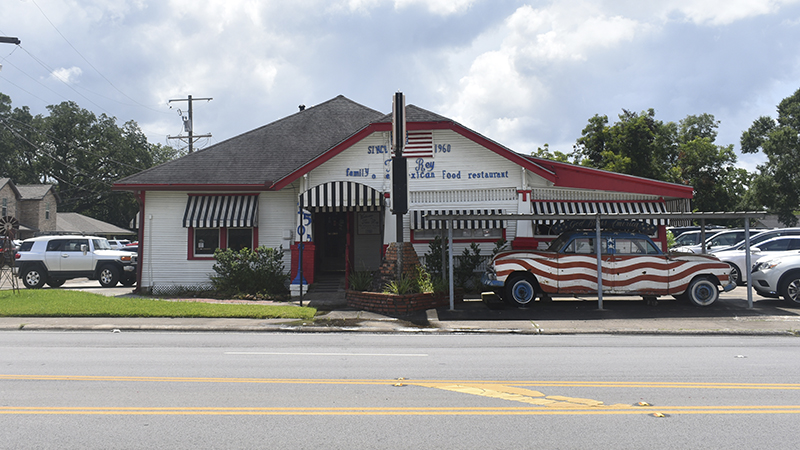 Albert Ramirez was known by many in Port Arthur and beyond as a successful artist, sought after for painting Coca-Cola signs, advertisements for grocery stores and more.

Albert could envision a design or color scheme and then bring it to life with his artistic gifts.

His greatest vision turned out to be something hundreds of families in Jefferson County are still enjoying to this day.

According to family lore, in love with the delicious cooking of his wife, Cora Ramirez, Albert thought to himself, “If I love it, everyone else will love it, so let’s sell it.”

The family friendly establishment has spent the last 59 years serving homemade classics. It moved to a sit-down restaurant on Nederland Avenue in Nederland in 1983. 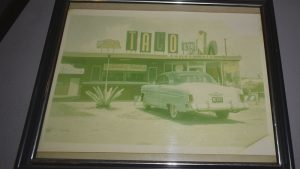 Ownership is now in the hands of Johnny Collazo Jr.

Collazo, who took over operations three years ago, is a great nephew to Albert and Cora Ramirez.

His childhood days in the restaurant grew into a waiter’s job at 20 years old to support his young family.

He got serious about learning the business a few years back, working at Cora’s side to master each aspect of Taco Rey, from recipes to office duties to personnel requirements. A decision about the menu was the easiest.

“It still tastes the same; it’s still the same family recipes,” Collazo said. “When I took over I did not change one thing as far as the food. My aunt watched over me as I made the spices to make sure I was going to do it right. I had to make sure that was important.” 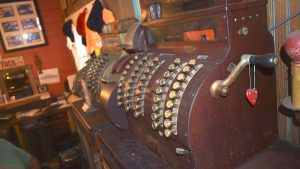 This antique cash register has only recently been retired from service. (Stephen Hemelt/The News)

During a summer weekday lunch at Taco Rey, Judy Petrovich of Groves enjoyed a casual meal with Stacy Menard of Port Neches and Menard’s granddaughter, Remi.

Petrovich said she has come for meals on “dozens” of occasions, noting everything she orders is delicious.

“All of the food is wonderful,” according to Petrovich. “The service is great, and you always feel like family.”

Just a few tables down were educators Kristal Westbrook, Johnna McCown and Monica Bobbitt, all of Nederland.

The Helena Park Elementary teachers each said they are repeat customers, noting Taco Rey is known as the “teachers’ restaurant.” Each said it’s their usual stop when the opportunity arises for an off-campus meal. 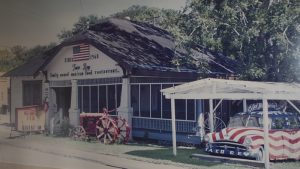 Westbrook said the baked fajita potato is a special delight, while McCown championed the quesadillas and Bobbitt simply said the whole menu is good, adding she has enjoyed each meal she has ordered.

According to Collazo, the restaurant’s No. 1 sellers are quesadillas.

“I would put them against anybody’s,” he said. “They are not the traditional flat, round, cut in pizza-style quesadillas. They are big and filling with two types of cheeses in there.”

Another dining staple is the namesake Taco Rey, a burrito that helped launch the restaurant nearly 60 years ago. The simple but undeniable ingredients call for beans and meat wrapped in a homemade flour tortilla. 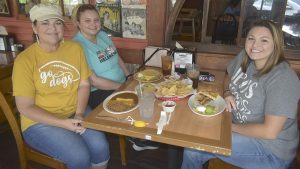 “It’s been good to carry on the tradition,” Collazo said. “We have a bunch of old signs up here of our old menus. It’s pretty cool. People reminisce when they come, saying ‘I remember being a kid and it was a treat when we were all good for Dad to buy a platter of tacos.’ It is cool to hear stories from patrons talking about eating lunch with their parents who have now passed.”

Future innovations for the restaurant focus on increased convenience for customers with a goal to make service faster.

A partnership with food delivery app Waitr is in place and the restaurant began opening on Saturdays in June.

“I enjoy coming to work,” Collazo said. “Hearing the stories is what makes it gratifying. It makes me know I am in the right place. People tell me thanks all the time for carrying it on and not changing anything. That lets me know I am doing the right thing. 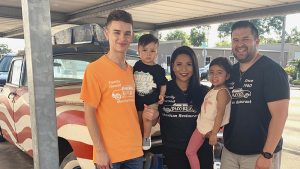 “I did not know the plan God had for me, but I am doing what he had planned for me. It’s definitely humbling, definitely rewarding.”