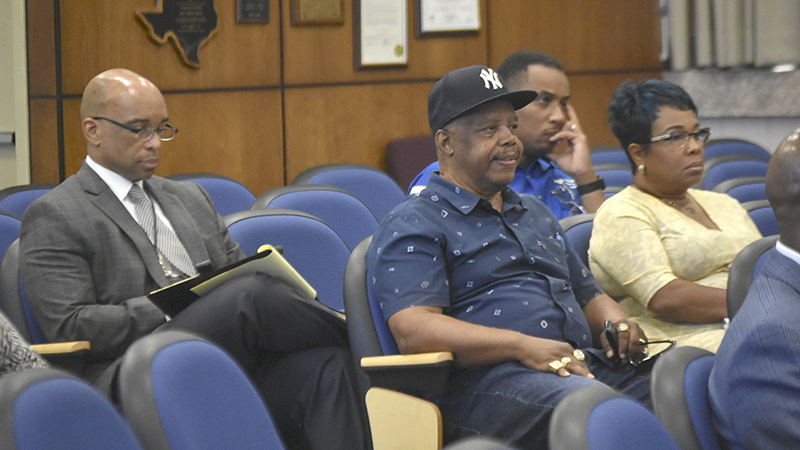 Improving workforce readiness for Port Arthur youth was the topic of a roundtable discussion with local business and industry leaders, educators and lawmakers with the guidance of Texas Public Policy Foundation and some input from Port Arthur Mayor Thurman “Bill” Bartie on Tuesday.

Glenn Mitchell, principal at Port Arthur’s Memorial High School, said he, Port Arthur Independent School District Superintendent Mark Porterie and Mayor Bartie had spoke the night before over a piece of information he found saying that Port Arthur ranked the second worst place in the state.

That’s a far cry from 1973 when the National Civic League named Port Arthur an All American City.

“I say to myself, you’re surrounded by industry worth more than a trillion dollars of finances representing those industries and you have a reputation of being the worst. Well show me your best,” Mitchell said. “If this is the worst place to be with a trillion dollars worth of industry …I say that because we entertain, in my opinion, one of the best training facilities in southeast Texas — Memorial High School and our vocational training programs.”

Stephanie Matthews, vice president of legislative affairs with Texas Public Policy Foundation, said there are students not planning to go to a 2-year or 4-year higher education institution but still need stable wages and to be employed. The state spends hundreds of millions of dollars on career and technology courses for high schoolers to get the skills and certificates, she said.

“But what we often see is the disconnect between the skills and certificate they are getting versus what that particular community’s needs are,” Matthews said.

One of those needs could be a dump truck driver. Yolanda Smith, chief executive officer of Group Trucking LLC, is now working in the area and brining more than 100 jobs to the city, including training, certification and placement, as well as doing administrative training.

Training is free and the only requirement is the person stay on with DTL for one year after. 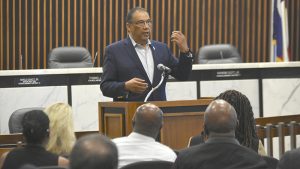 J.D. Slaughter, president of S&B Engineers and Constructors LTD., broke down the issue of skills, training and employability. S&B’s track record is impressive, having trained numerous women as pipefitters and other industrial careers.

One of the former students still works with the company today, he said, making close to $100,000 per year. She was unemployed when she was recruited in 2007.

One problem is there is no clear track to follow for certain industry jobs. He realized most of the construction managers came up through the ranks and did not go to college, so he did a survey of their own crafts. There were 280 respondents and he duplicated that through the Greater Houston Partnership with other industrial contractors and ended up getting 5,000 respondents.

“Eighty-five percent of people got into the industry through family connection or friend who advocated on their behalf,” Slaughter said. “So we studied that and it’s true. To hire someone brand new is a significant risk. The industrial workplace is a very complicated ecosystem.”

Many times the point of failure isn’t the craft competency but other issues, “can they pass a drug test?” “Do they work well with others?” 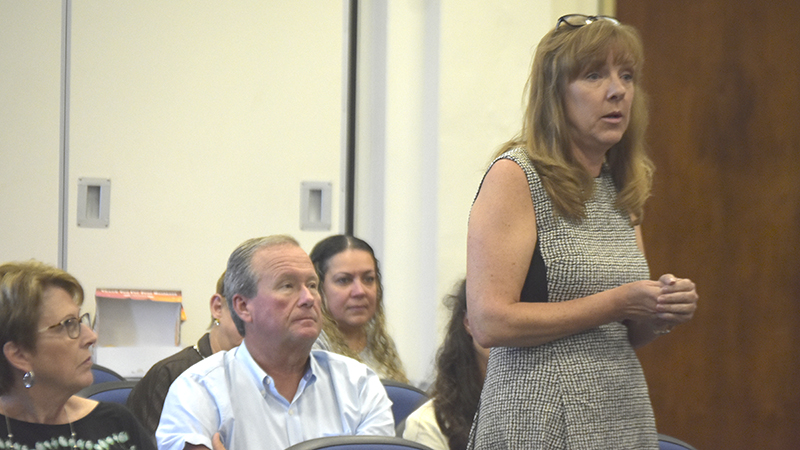 Kelly Prasser, spokeswoman with Sempra-Port Arthur LNG, speaks about the company’s upcoming project and how they are already working to have employees trained for the job. (Mary Meaux/The News)

“You have to know someone to get in because the risk is high. Every time a student drops out and I have to replace them it’s $1,000 to $2,000 for me to hire someone and it doesn’t take long for that to add up,” he said. “But someone saying my cousin’s a good hand and they come in and they work hard, well then, ‘you got more cousins?’ You now have currency because you advocate for people not wanting to make you an embarrassment.”

Having high school counselors advocate for students getting jobs is one way for them to get experience, he added.

Bartie said during a break that the TPPF is going to have two pilot programs in the state focused on improving workforce readiness for Port Arthur youth.

It is a very strong possibility that Port Arthur will be one of the pilot cities,” Bartie said.

Texas State Rep. Joe Deshotel was also at the roundtable and said he plans to keep in contact with the city on the project.