BRIAN JOHNSON ON OUTDOORS: Keep your axe sharp at all times, friends 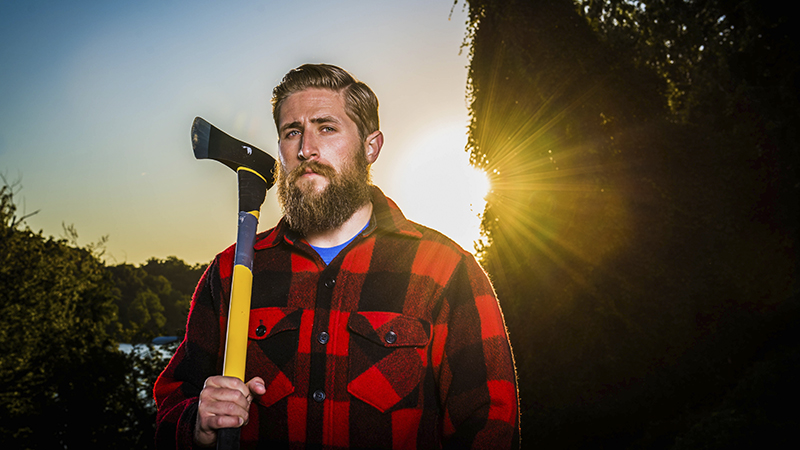 I must admit that I had no idea that tropical storm Imelda would bring with her 40-plus inches of rain in such a short amount of time.

As a resident of Winnie, Texas, and a Harvey survivor, I can echo the words of the late, great, Keith Whitley and say: “I’m no stranger to the rain.”

In fact, it is not uncommon for the streets of Winnie to flood a few times a year. Typically the water comes in quickly but drains off in short order.  I figured that this is what we were in for.

With all of the rain that we were getting on Wednesday and with the bleak forecast, I took the advice of several others and reluctantly canceled the Wednesday night Bible study and prayer meeting at the First Baptist Church of Winnie. I was convinced that our people didn’t need to be out on the roads and I wanted to avoid causing anyone to get in an accident.

All of a sudden I found myself with a Wednesday evening off and nothing much to do.  After all, it was raining pretty heavily.

One short phone call later and Noah and I were invited to go on a teal hunt. I was told that ducks were in the rice and that there were plenty of them. Although the weather was more than a little bit sketchy, we managed to kill a fair amount of deal. Penny got plenty of exercise retrieving, and we had a great time. I was looking forward to making a few more hunts over the next several days. Teal season for me was looking good.

I went to bed with a smile on my face that evening and woke up in a state of disbelief. By midnight, Winnie was flooding, my house was flooding, First Baptist was flooding, and the rain wasn’t even thinking about letting up. There was water everywhere and now it was time to go into rescue mode.

Since this is not primarily an article about storm recovery, I will spare you the details of helping people get out of their homes and into shelters, of preparing FBC for energy response and disaster relief teams to arrive, and all of the heroic efforts by those in our wonderful community.  What I will tell you is that a lot of people trusted in God, helped their fellow man, and united as one.

It has been almost two weeks since this storm and most of the water has gone down. However, there will be cleanup and restoration projects for many months and likely over a year. The numbers that I am hearing tell me that up to 80% of the homes in Winnie and surrounding areas were affected. There is much work to be completed and in reality, we have barely scratched the surface.

You may be asking what this article is doing in the outdoor section? I mean after all, I am an outdoors writer and not a reporter. Let me tell you a story that I heard years ago at church.

It was about a lumberjack. The story painted a picture of a lumberjack who in my mind must have looked like Paul Bunyan. He was a young, strong, strapping fellow with muscles on top of muscles and he was a tree-cutting machine. When he showed up for the new job with his axe in hand, the foreman quickly hired him.

This proved to be a very good hire at first because he was quickly able to cut twice as many trees as the other lumberjacks.  As the days went own, however, he began to slow in his production.

Eventually all of the lumberjacks passed him and the boss had to make a decision to let him go. He was no longer productive. When the foreman was giving the bad news, the lumberjack was confused. He said: “I just don’t understand. … I’ve been working harder and harder yet I’m getting further behind. I get up earlier and stay later than the others yet they are more productive. I am bigger and stronger than most of them yet I can’t seem to keep up.”

The boss stopped for a minute and asked the young lumberjack a simple yet profound question. He asked him if he ever took time to stop and sharpen his axe? The answer was no.

Now to the point of my story: There is going to be plenty of recovery work to be done over the next year. However, if the workers never take time to stop and sharpen their axes, we won’t make much progress.

For me, The Lord has used the great outdoors to help me sharpen my axe. A morning spent in the duck blind watching the sun rise and listening to the whistling wings buzz overhead, seeing a largemouth bass explode into the air as it strikes my top water lure with reckless abandon, hearing the sound of a twig snap and slowly turning around to see a trophy whitetail buck with its horns glistening in the sun, sitting in a ground blind hearing the grunts and snorts of a herd of wild pigs as they approach my corn pile … these are the things that help me to sharpen my axe.

I encourage you to work hard at repairing your home if you were flooded. I implore you to volunteer to help others in their effort.

I also remind you to take time to enjoy the great outdoors so that your axe doesn’t get dull and you don’t burn out.

Want to read a cool verse on refreshing? Check out Acts 3:19-21. May God bless you and I pray you have a great hunting season.