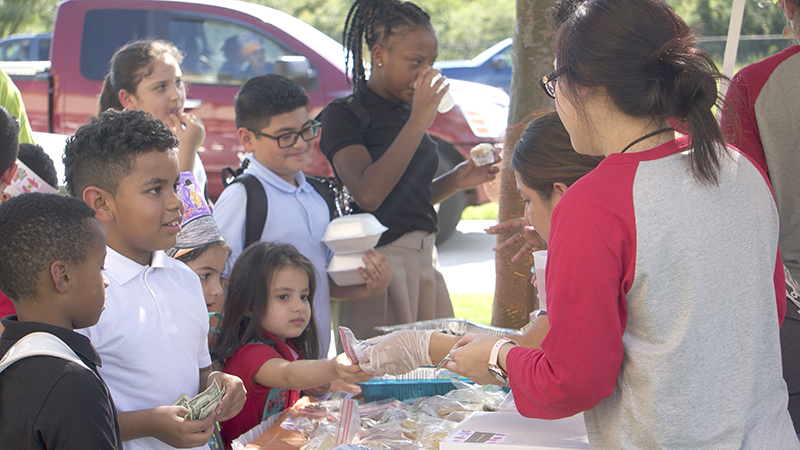 The Port Arthur Independent School District received major damage to its central administration building and even had to close down Staff Sgt. Lucian Adams Elementary School for a year due to flooding.

Hamshire-Fannett Elementary School adopted Adams Elementary by raising funds, sending relief and offering support to the campus. After Tropical Storm Imelda dropped 40+ inches on Hamshire last week, Adams Elementary is stepping up to return the favor their neighbors granted them two years ago. 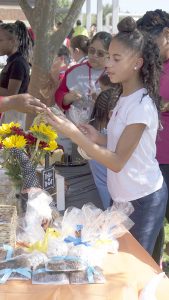 “We know what it feels like to have your school flooded and not be able to go back home,” Adams Elementary School Principal Cheryl Tripplett said. “Our school flooded during Harvey and we were displaced from our school for an entire year.”

During displacement, students at Adams were split in between Dowling and Booker T. Washington.

Tripplett said it was a hard time for her administration, students and parents, and is thankful for all those who helped during their time of need. 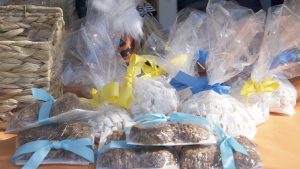 “We know how people reached out to us, how much love they showed us and donations they gave us,” she said. “We know how hard it is to be away from your school, so we wanted to help Hamshire Fannett and do something that lasts as long as they are going through this.

“It’s somebody who is close to home, that we feel like is family and we need to help them.”

“When the flood came, it just struck me,” she said. “When we were hit by Harvey, so many people reached out for us and we want to be there for them in their time of need.” 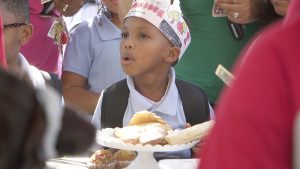 Staff members at Adams Elementary, school administration and parents donated all the items at the bake sale.

Slaughter said all the money made Thursday was pure profit. All of it is going back to Hamshire Fannett.

“We had a really great turnout and we want to keep it up,” Slaughter said. “We’re also going to have a link sale soon, too. We want to stay with them throughout the year and help them get back on their feet.”

Tripplett said all the proceeds from the bake sale will be given to Hamshire-Fannett Elementary in whatever form they need. 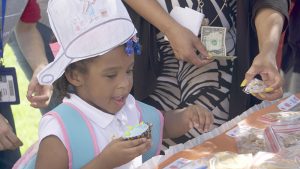 “We don’t need to go and buy a bunch of school supplies right now that they don’t have anywhere to store,” she said. “We don’t want to burden them, so if they just want the financial contribution, we will turn it over to them. We also have library books waiting to be sent and school supplies.”

The bake sale is first of many events Adams will host throughout the upcoming year. “We plan to make as much, and do as much for them as we can,” Tripplett said. “Not just financially and materialistically, but I want my children to adopt those kids, write them letters and give them gift bags for motivation. I want to reach out to them all year long.” 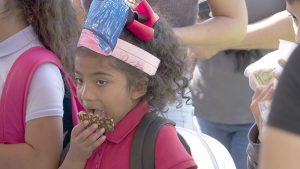