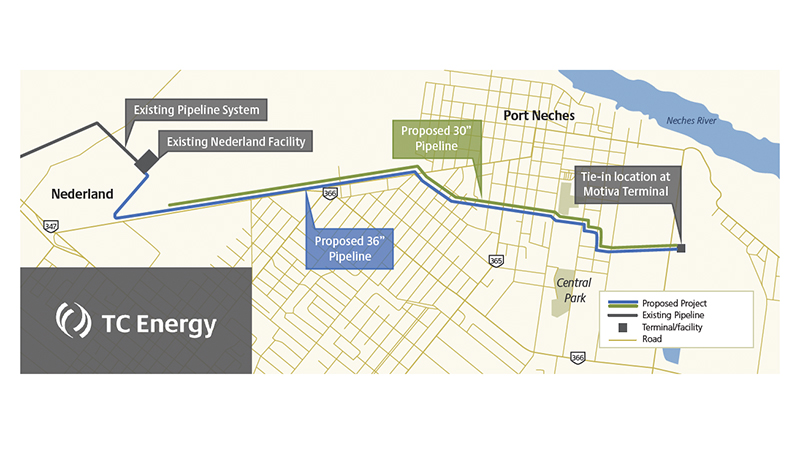 The proposed project begins at the existing Nederland facility to the Motiva Terminal on Spur 136 and includes a four-mile, 36-inch line.

At the same time this is developed and constructed, a separate, approximately three-mile, 30-inch pipeline carrying crude oil from an interconnect at Phillips 66 facility also to the Motiva Terminal will be co-located with the 36-inch line, according to information from TC Energy.

The pipeline corridor is an old railroad right-of-way near Port Neches-Groves High School.

Port Neches City Manager Andre Wimer said representatives from TC Energy and Motiva were at a recent special meeting to discuss the project with the public.

Members of the Port Neches-Groves Independent School District board of trustees were also in attendance as the proposed project is near the high school.

“TC Energy has indicated that work in that area would occur during the summer months when school is not in session,” Wimer said.

During construction of the pipeline there will be temporary street closures along the length of the route.

Construction will take nine to 12 months for the entire project, according to information from TC Energy, with an in-service date at the end of 2020.

No decision by city council was made at the recent meeting. Council will discuss the issue in the next month dependent on receiving complete information from the company and allowing staff time to review.