PORT NECHES — Head coach Brandon Faircloth said he’s never seen so many changes to a front line in his career.

“As far as injuries and people moving around, that’s the most we’ve ever had to deal with,” the 11th-year Port Neches-Groves chief said. 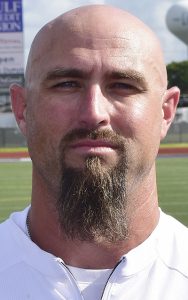 His offensive line coach has.

“A few times, and it’s always really rough because you usually have six to eight guys you think are going to play, and then you have five you feel like might start,” said Peter Medlock, who doubles as offensive co-coordinator. “And then, those next two or three guys always have to be ready to play because anything can happen, as it did. … But we start preparing for that in March, and even before that in the offseason.”

PNG (2-1) has endured a number of adjustments to the offensive line since the preseason, when senior and University of Texas commit Jaylen Garth re-injured a torn meniscus in a scrimmage. Garth, who missed the latter part of last season with the original injury, is out for this year.

Then, in the season-opening win at Silsbee, senior left tackle Jackson Hunt sustained a shoulder injury. He’s only practiced the past two days and is working toward being cleared for the Oct. 4 game at Vidor. Garth’s and Hunt’s injuries, Medlock said, were in non-contact situations. 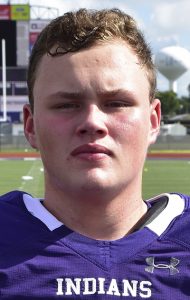 Since, junior left guard Corey Burt has played at tackle, and senior Jarett Caillier and junior Trevor Clark have moved into the starting lineup. A front five that was going to consist of Hunt, Burt, senior center Trey Lisauckis, sophomore Dalton Dickerson and Garth, from left to right, now includes Clark, Burt, Lisauckis, Dickerson and Caillier.

“We’re getting better and finding some consistency as a group,” Medlock said.

For statistical proof, PNG totaled 439 offensive yards nearly two weeks ago at home against Tomball, well above its 341-yard per game average.

Lisauckis, a third-year varsity starter, is the o-line’s anchor and has also been the unit’s glue guy.

“Over the past three years, I’ve really tried to learn as much as I could from every position on the line,” Lisauckis said. “With all the guys moving around, I just try to help out wherever I can, so obviously with Trevor coming over from the defense, I try to help him settle in on the role on the offense. With Dalton moving to guard, I’ve just been trying to help out.”

As Lisauckis approaches his 30th career start, Medlock said the senior has been steady in the lineup since being thrown in as a sophomore.

“Coach Faircloth’s always preaching to the seniors, we’ve got to have great leadership,” Lisauckis said. “I take it upon myself to do the best I can to set a great example for the guys.”

The arrival of Tropical Storm Imelda may have created for the most eventful week of the 2019 season — a bye week for the Indians, at that. On the field, they seem to have a handle on adversity as unbeaten Baytown Lee nears a visit to The Reservation.

“It’s never good, but we always have a contingency plan,” Medlock said. “We’re never left standing here, saying ‘What are we going to do?’ We always have a plan to work on it.”