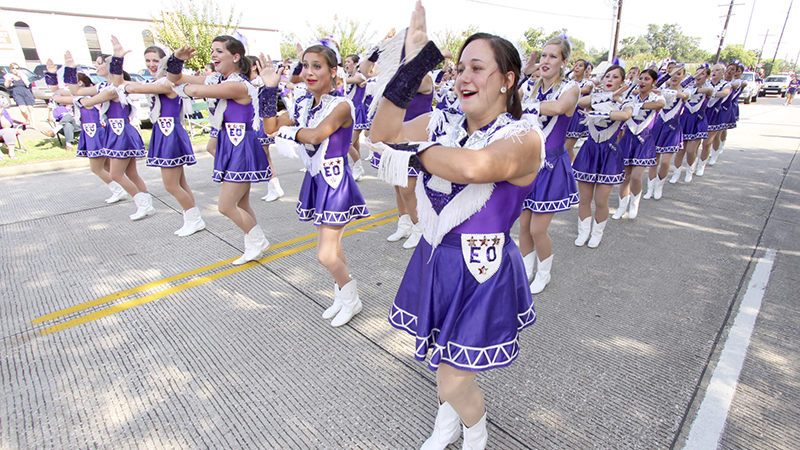 Indianettes dance down 39th Street to Cherokee during the Texas Pecan Festival Parade on Saturday morning in Groves.

The Groves Chamber of Commerce and Tourist Center is extending an invitation to those wishing to participate in the 2019 Annual Groves Pecan Festival Parade.

The parade starts at 9:30 a.m. at Cleveland Avenue and heads west on 39th Street, then travels down 39th to Gulf Avenue, where the parade ends after making a right turn on Gulf Avenue.

Anyone wishing to participate should come by the Groves Chamber of Commerce office at 4399 Main Avenue in Groves and pick up an instruction guide with the parade route and rules.