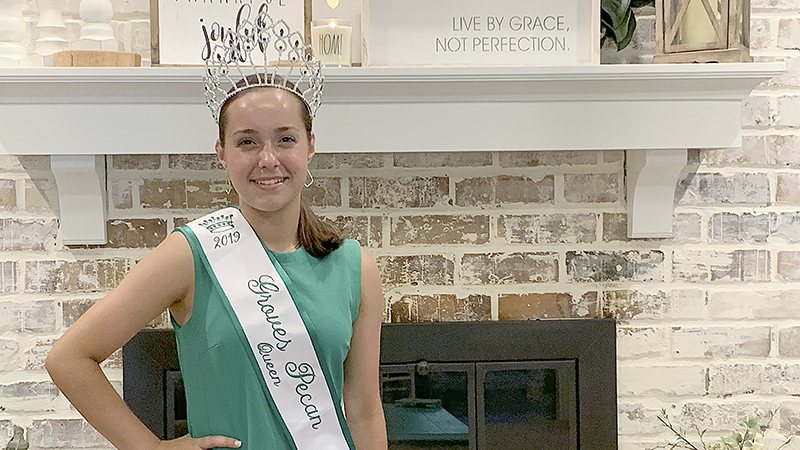 The city of Groves is well represented by the picture of beauty and gracefulness that is Grace Richard.

Richard is a devoted Christian, a pageant queen, soccer player, straight-A student and macaroon chef who lives her life one step at a time.

The Port Neches-Groves junior was selected as the Groves Pecan Pageant Queen on Saturday and says she owes it all to family, friends and the man upstairs.

“It was a really great experience,” Richard said. “I did a really good job on my first walk with the sports wear category, but when I went to the former wear I completely missed my mark and walked off the stage without my escort. I think it was my interview that saved me; it was 60 percent of the scoring.”

During the interview process, Richard said she was asked about who she sees when she looks in the mirror. Her answer: A young woman of Christ and someone who is not perfect.

“We have a saying in my house, ‘Live by grace, not by perfection,’” she said. “I’m a perfectionist even though I know it’s not attainable. I have to remind myself using that saying a lot. You can’t always be perfect, and what’s interesting is that (my pageant) wasn’t perfect, but I still won and try to be an example of a strong young woman.” 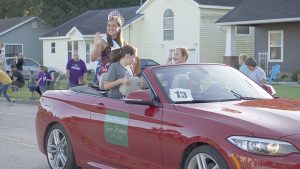 Richard hasn’t participated in other pageants besides the Pecan, but has entered the Pecan Pageant three times before at ages 3, 7 and 11 with one goal in mind — to be an example.

“I want to represent my city,” she said. “That was one of the main things, and then the scholarship money, which would help pay for college. I want to go to East Texas Baptist University. It’s a private school and tuition there is a lot. But I just love our town. I grew up here and I love to be around the people.”

Richard, aside from being the student council president at PNG, is also a varsity soccer player, member of the Southeast Texas Leadership Council and takes dual credit classes. However, she said one of her proudest leadership roles is being president of First Priority.

“First Priority is a Christian club at our school,” she said. “We have events like ‘See You at the Pole’ that we put together. We have worship, we have prayer and we have pastors and guest speakers that come.”

Although Richard has two more years to decide what she wants to do after high school, being a graphic designer, private soccer coach or physical therapist are all on the table.

“I love helping people and I’m athletic,” she said. “Physical therapy would be good because I could help out athletes. I’m also considering graphic design. I’m pretty handy with my computer and I’m able to design things. I possibly want to be a stay-at-home mom and graphic design is something I could do from home.”

When she isn’t participating in parades, playing soccer or being a leader on campus, Richard is spending time with her family, in church, taking a boat ride or making macaroons.