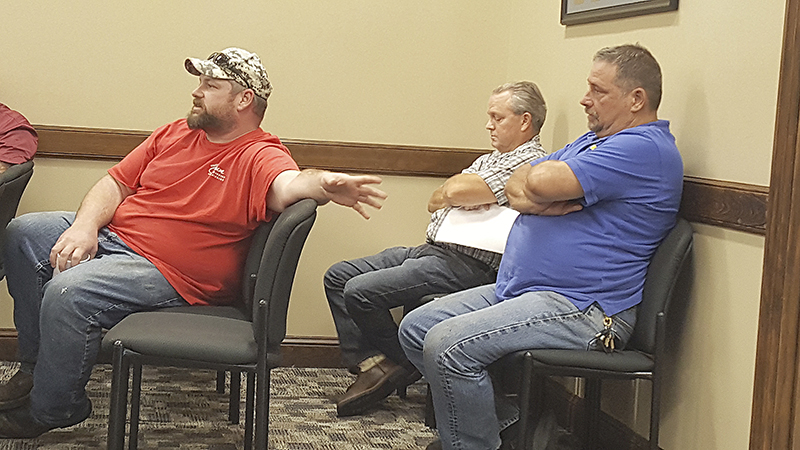 NEDERLAND — Kenny Mings has been in the food business for quite some time with Touch of Cajun catering and Touch of Cajun Café and now he’s hoping to do some food truck business in Nederland.

Mings opened a brick and mortar business on Boston Avenue June 1 and has been doing catering and special events and such for 14 years.

Now he would like to bring his truck to Nederland’s annual Fourth of July event at Doornbos Park but current city regulations prohibit this.

According to the 1970’s era zoning ordinance for temporary use permits: “Mobile vendors are allowed to sell merchandise and/or food and drink only in commercial or industrial districts in the City of Nederland and only as a nonprofit club or organization for no more than 14 consecutive days and no more than 30 total days per year.”

Part of the reason for the non-profit stipulation is so as not to compete with the annual Nederland Heritage Festival, which features a “Cuisine Walk” filled with food trailers manned by nonprofit organizations.

Mings said he was scheduled to bring his food truck to the Winnie Rice Festival but the event is canceled due to Tropical Storm Imelda’s flooding. His next event is the Groves Pecan Festival in October.

“We do several events throughout the year; the Cajun Heritage Festival in Port Arthur, lighted Christmas in Jasper, Trunk or Treat in Sour Lake. We can do that in Nederland,” Mings said. “That’s my frustration. I grew up in Nederland; I’m a Nederland High School graduate. I think they should let established businesses in Nederland do that.”

Local businesses, restaurants and food truck vendors as well as the general public are invited to a meeting at 5:30 p.m. Oct. 21 at Nederland City Hall to discuss the issue.

Joe Oates, owner of Boss Burger, initially brought the topic to council Aug. 26, asking for a set of regulations to permit food trucks to operate in the city and since then the city has received calls from some restaurant owners concerned about food trucks coming in to the city, Nederland City Manager Chris Duque said.

Oates started out with a trailer on North Twin City Highway in 2014 and moved to a brick and mortar location on Boston Avenue in 2016. Due to several reasons he closed his doors and went back to the food truck business. Mings now owns the Boston Avenue location.

“We don’t want trucks to come in whenever they want all willy nilly,” Oates said. “One of the things I suggested (to city council) is you have to be invited by a brick and mortar business.”

For example, a business may have a grand opening or special event and ask for a food truck to be on site and feed patrons. Oates believes a three-day permit would suffice.

He said for him to bring his trailer to the city of Port Arthur would require him to go to the subcourthouse and have a fire inspector look over the trailer then an electrical inspector come in and sign-off on the trailer. A fee is paid to each inspector and that money goes back to the city.

Oates doesn’t believe a food truck operating in the city would affect a brick and mortar restaurant.

“If I parked at Patriot Security on Nederland Avenue I’m not going to affect Subway. If you want Subway you’ll go to Subway. Same thing with Hamburger Depot,” he said.