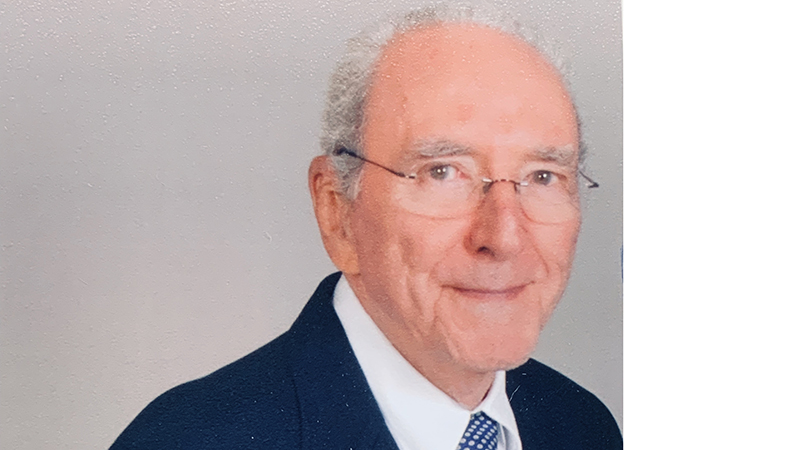 Troy Gladney Reynolds was born in Casper, Wyoming on May 24, 1924 to Edward MacLaren Reynolds III and Opal Dean Porter Reynolds.

He passed away peacefully on September 20, 2019 at his home in Port Neches, Texas.

After a brief period of his childhood in Wyoming, the family was transferred, by The Texas Company (later Texaco) to Tulsa, Oklahoma, prior to starting school.

At an early age he became interested in aviation. He built model airplanes, designed and built his own planes, and studied meteorology.

Troy attended Central High School in Tulsa, Oklahoma where he excelled as a student and participated in basketball and photography.

Outside of high school, Troy studied and obtained his private pilots license. During his time in high school came the outbreak of World War II.

Prior to his graduation, Troy left high school and enlisted in the United States Army Air Corps (later the US Air Force) took his oath on 8 April, 1943.

On 8 February 1944, Troy was commissioned as a Second Lieutenant and received his wings as a fighter pilot.

Upon graduation, he returned home to Tulsa on furlough to visit with family and make final preparations for deployment to a combat theater.

Upon returning to base he was advised that he would not be deploying to an active combat theater but rather would remain at the base as a flight instructor and to prepare to receive his first class of cadets.

He taught advanced aerobatics, combat tactics, and advanced aerial gunnery for single engine fighter pilots based out of Victoria, Texas.

During his time being stationed in Victoria, Troy also flew patrols over the Gulf of Mexico searching for enemy ship and U-boat traffic.

As war time activity advanced with an increase in bombing activities in both the Pacific and European theaters, Troy was given a permanent change of station (PCS) and reported to the Amarillo Army Air Base 30 December 1944, to train B-17 pilots and crews for both theaters of operation.

Once victory in Europe was achieved, a greater emphasis was placed on long range bombing in the pacific.

Troy was given a PCS and reported to Lowry Air Base in Denver, Colorado, 18 February 1945, to train B-29 pilots, co-pilots, and flight engineers (all of whom were qualified as pilots).

It was at Lowry that Troy finished his military service.

He mustered out of active duty in the Army Air Corps at Jefferson Barracks, Missouri on 16 October, 1945. He remained on inactive status through his final discharge 25 April, 1955.

After leaving active duty in the service, he attended college at Oklahoma A&M (now Oklahoma State University), where he received his degree in Civil Engineering.

During his time at Oklahoma A&M, he was an active member of the Beta Theta PI fraternity. Upon graduation in the spring of 1949, he began his professional career.

Troy spent his entire professional career with The Texas Company (Texaco), beginning as an engineer at their Lockport, Illinois refinery.

In 1950, The Texas Company took on a major expansion program at their Lawrenceville, Illinois refinery. He was transferred to assist in managing the expansion of the Lawrenceville facility to
successful completion and remained there for fifteen (15) years.

In 1965, he was transferred to the Texaco refinery in Wilmington, California, to manage in plant construction projects. During the ten (10) years he was at the facility, he ultimately promoted to assistant plant manager of maintenance, utilities, and construction.

In 1974, Texaco had undertaken a modernization and expansion program of their Convent, Louisiana refinery. Troy was chosen to spearhead the effort at the refinery and was transferred as assistant plant manager over maintenance, utilities, and construction for the facility.

In 1976, Texaco Refining was restructuring their leadership organization. Troy was named assistant area manager for all of Texaco’s refining and chemical assets in the southeast Texas region.

He remained in this role until his retirement in 1985.

In addition to his professional activities, Troy maintained a lifelong commitment to public service.

He was an active member of the First United Methodist Church of Port Neches, Texas where he held several committee chairmanships as well as committee member roles.

Troy was also very active with the Hughen School of Port Arthur, Texas.

He served on the board of directors of the Hughen School and was chairman of the building committee for the construction of the Bob Hope Hughen High School.

He is survived by his wife of 59 years, Ada Ruth Brown Reynolds originally of Lawrence County, Illinois.

A military graveside service will be held in Centerville Cemetery in Lawrence County, Illinois.