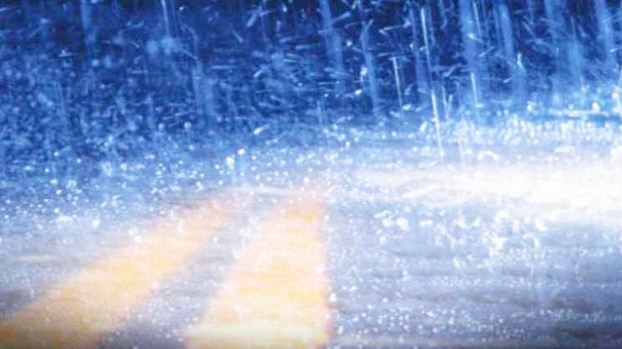 According to the National Weather Service, Greater Port Arthur is expected to see an inch of rainfall total throughout Friday.

Meteorologists are saying there is a 50 to 60 percent chance of rain this morning in Port Arthur and Mid-County.

The oddity of that forecast is that it’s raining across South Jefferson County, something not lost on the National Weather Service.

“Of course, you are currently getting rain, so it’s closer to 100 percent at this point in time,” meteorologist Montra Lockwood said. “It will be diminishing through Friday afternoon. Rain chances drop to about 40 percent in the afternoon and 20 percent in the evening.”

According to Lockwood, Greater Port Arthur is expected to see an inch of rainfall total throughout Friday.

“There could be some localized higher totals where showers pop up,” she said.

That is nothing compared to what has taken place in the past couple of days or when compared to surrounding communities, where 30 to 40 inches of rain has fallen.

There is a report of 43 inches of rain falling in Fannett.

“It’s quite unusual to get that kind of rainfall, especially that quickly,” Lockwood said. “It’s similar to what we saw in Harvey; although, that was actually spread out over a few more days.”

Lockwood said Saturday looks much dryer, with a 20 percent chance of rain during the afternoon.

As for the rivers, The National Weather Service is forecasting major flood crests on Cow Bayou, Pine Island Bayou and the Neches River at Salt Water Barrier.

Pine Island Bayou should be cresting later this afternoon and tonight, about 3 to 4 feet less than what was seen during Harvey. The Neches River at Salt Water Barrier will have a flat crest this weekend between 8 and 9 feet.

Showing off: Complete Athlete running with the big dogs

PORT NECHES — The owners of Complete Athlete in Port Neches really want to show off their store and are... read more