As much as 10 inches of rain still expected Thursday 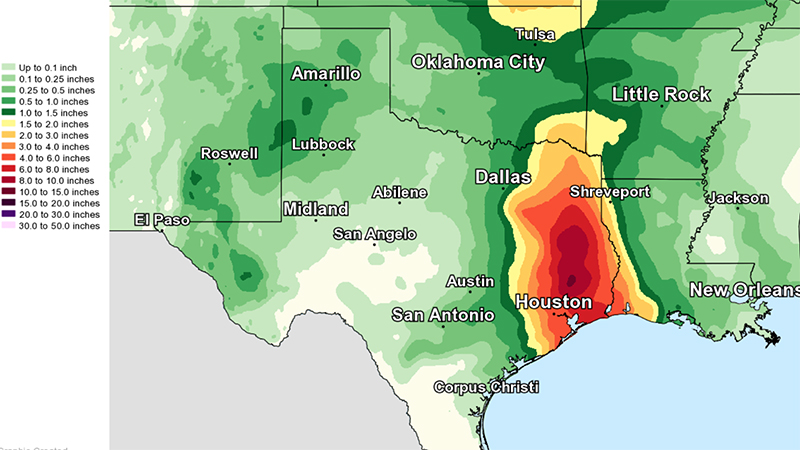 Those who do not have to leave their homes are asked to stay inside.

Heavy rains are expected to continue for Port Arthur, Mid-County and the rest of Jefferson County Thursday as forecasters says the remnants of Imelda continue to wreak havoc.

Todd Mogged, observing program leader with the National Weather Service in Lake Charles, said his staff expects the “heavier stuff” to stay locally through “at least this morning.”

“It looks like it’s going shift further east, so we’re looking for the stuff to get on the east side of Sabine pretty soon,” Mogged saidg. “We’re still looking for an additional 5 to 10 inches of rain. Hopefully it will start tapering off a little bit by late afternoon.

“It’s the remnants of Imelda. She is just trudging along very slowly”

According to the Weather Service, major, catastrophic flooding occurred Wednesday night in parts of Hardin, Jefferson, Orange and southern Jasper counties. Many roads have significant water depths on them.

Local officials are recommending to stay off the roads. Those who do not have to leave their homes are asked to stay inside.

The City of Port Arthur reports The Central Mall area has flood conditions.

PA Transit will not be operational for citizens using Routes 4 and 5; those routes will be staged at the Public Library until further notice. This includes para-transit schedules. However, Routes 1, 2, and 3 will continue operating the normal schedules, including para-transit lines.

Garbage pickup will be on schedule today. All non-essential City employees are not to report to work.

Due to the weather, Nederland City Hall will be closed until noon today. In that area, local officials are asking people to avoid Luling Avenue between Twin City Highway and 14th Street.

To report a drainage or sewer problem associated with this rain event, call the Public Works Department at 409-723-1541. Residents are asked to avoid all streets with water on them.

The City of Groves said it will pick up garbage today with the regular Thursday route black or green can. Dry trash will be delayed due to lightning.