Let’s start over: Titans plan to prove themselves after bye week 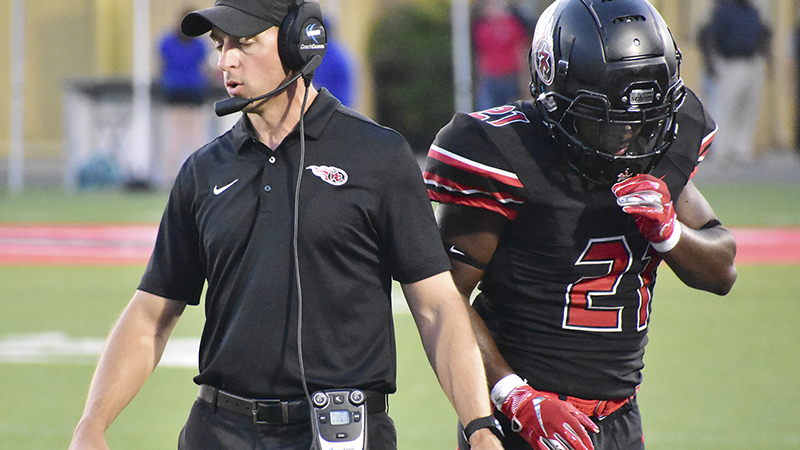 If the off-week didn’t come and the Memorial Titans could begin District 9-5A Division I play this Friday, they’d be fine with that. As coach Brian Morgan cautioned, the 1-2 start to the season has no impact on the run toward the playoffs.

“We’ve got to get better at a lot of little things, fundamentally,” he said. “This week would be a good week to heal up some guys and maybe get back a couple of guys who’ve been hurt. It’s good on that end. Now, we’d much rather be playing because guys want to play and get that sour taste out, but that’s part of football.”

The next time the Titans play will be a Thursday night/Sept. 26 at Galena Park, but it won’t be part of a short week. It will be 13 days since Memorial came off a 35-6 home loss to Beaumont United.

Still, Morgan was happy with the way the Titans responded to the loss.

“They just showed up with the right attitude and ready to go,” he said. “They understand. They watched the film. They understand where they’re making mistakes and costing games. They’re not oblivious to it. They understand it’s things we can get better at. It’s completely that.”

Memorial will miss junior defensive end Jordon Thomas, who has a fractured ankle, for an extended period of time. The 6-foot-3, 240-pounder has been attracting big-name programs including Texas A&M, Florida and Ohio State following a 32-tackle, five-sack sophomore year.

Meanwhile, the preparations for Galena Park have already begun.

“Mostly scouting, getting to know other teams, seeing where we can hit there and take shots, just watching a lot of film and just getting better on the field in practice and stuff,” senior receiver Alex Ned said.

Memorial sustained its largest margin of defeat since falling to Temple 39-7 in the 5A Division I Region III semifinals back in 2016. The Titans have lost 25-20 to Deer Park and beaten Houston Madison 35-0, both on the road.

“We learn where our team stands,” Ned said. “We learn what we need to fix to get better as a team.”

Morgan pointed to a number of missed opportunities against 3-0 United. The Titans turned the ball over three times (two interceptions and a fumble).

“I thought it was very much a game of missed opportunities,” he said. “We had a chance to finish off drives and get a couple of scores. We didn’t finish off drives and had a couple of penalties, which really hurt. It’s a block away, here and there, a tackle away, here and there. When you’re playing a good football team, you’ve got to make those plays, and that’s the difference in game.”

Junior running back Branden Chaney hopes with the off-week, younger players can get a firmer grip on the “basics” of the game.

“I think some of us need to slow things down and get the basics of it,” Chaney said. “We’re moving too fast and not understanding it.”