Storm has potential to produce 15-20 inches in some places 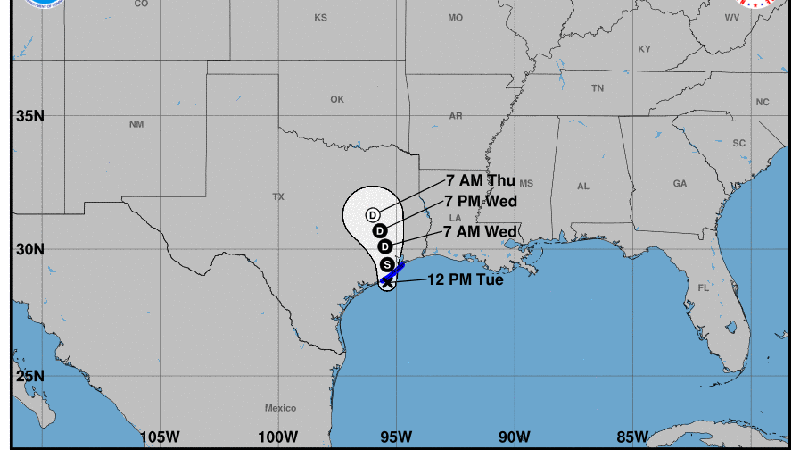 The system briefly reached tropical storm strength on Tuesday, according to the National Weather Service.

Southeast Texas can expect quite a bit of rain over the next two days as a tropical system heads northeast after making landfall near Freeport on Tuesday.

The National Weather Service in Lake Charles, La., has forecast 5–10 inches of rain, and as high as 15 inches in some locations, for Southeast Texas through Thursday. Wind gusts are expected in the 35-45 mph range, which could cause some power outages.

Roger Erickson, NWS warning coordination meteorologist, believes the worst of the rain will likely happen in this area late Wednesday through early Thursday.

“The worst of it will be done on Thursday,” Erickson said. “I think the next 48 hours is really the timing for the worst of it for all of Southeast Texas. It’ll be shifting up towards Dallas to Longview up in that area in Northeast Texas for the Friday-Saturday time frame.”

“The tropical storm had made landfall over by Freeport and it’s forecast to move slowly inland towards Houston and to the north of Houston over the next several days,” Erickson said. “With that scenario what we’re looking at is rain bands moving through the golden triangle area Wednesday, Wednesday night and Thursday.”

Though all of Southeast Texas is at risk of stormy weather over the next 24-48 hours, there is still uncertainty as to which areas will receive the heaviest rainfall, though those areas might see some localized flooding due to the slow movement of the storm.

“This has the potential to produce 15-20 inches in some places,” Erickson said. “We don’t think it’s going to be wide-spread, we’re not forecasting it to be as bad as Harvey either, but it’s going to be bad enough that we’re going to see streaks of it in different places.

“It’s difficult to say exactly who is going to get that rain. You have to watch it in real-time on the radar to see where it’s going to develop.” 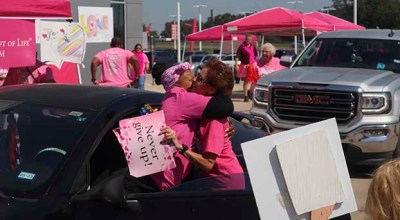