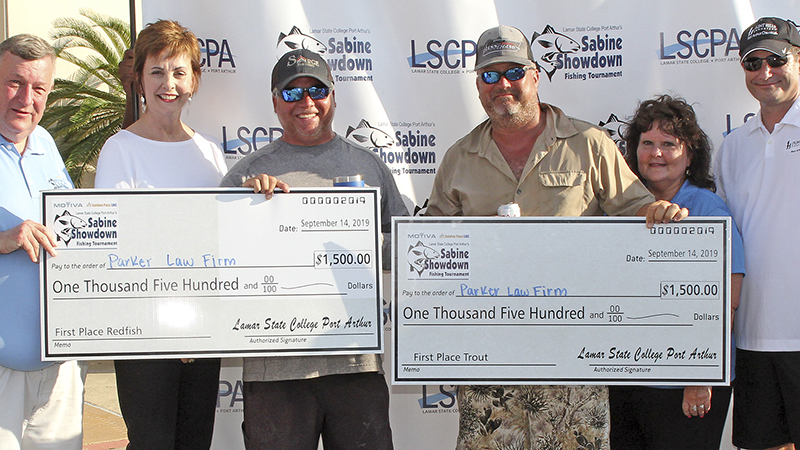 Brian Quebedeaux, 51, began fishing as a kid with his father. That experience certainly helped this weekend as the Port Arthur man, along with teammate Michael Fesco of Sour Lake, were the big winners of the inaugural Sabine Showdown Fishing Tournament at Lamar State College Port Arthur.

“We started catching fish early that morning, and they bit pretty well all afternoon long,” Quebedeaux said. “We made about three or four moves and caught fish everywhere we moved.”

Quebedeaux and Fesco put in at 7 a.m. Saturday and focused their efforts along the Sabine Ship Channel and Sabine jetties.

Fishing for the Parker Law Firm, Quebedeaux and Fesco won first place in the redfish and trout categories to claim $3,000 in prize money. 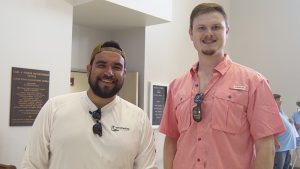 In the redfish category, their two-fish stringer came in at 16.27 pounds, while their two-fish trout stringer was 6.57 pounds. They also won first place in the side pot categories of Heaviest Single Trout (3.42 pounds), Most Redfish Spots (11) and Heaviest Stringer, six-fish maximum (26.02 pounds).

Fesco and Quebedeaux also grabbed a second-place finish in the Heaviest Single Redfish side pot (8.25 pounds).

Overall, the tournament offered more than $15,000 in prize money.

“We did pretty good, caught a lot and enjoyed it,” Quebedeaux said. “It was a good tournament by Lamar State, and I appreciate everything they did for us. We had a good day fishing the Sabine and the waters surrounding it. It started off good and ended good.”

Quebedeaux joked that he closed the evening by taking “mama out to eat” and watching some college football.

“Fishing is my favorite pastime; it’s my passion,” he said. “I do it as much as I can.”

Quebedeaux was far from the only fisherman participating as tournament director Scott Street said the first time event boasted more than 70 teams and 200 plus participants, including volunteers. 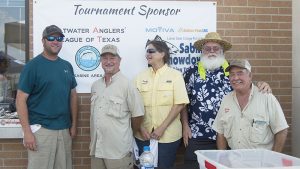 “I think it went very well. We had a lot of support from the community. Certainly our title sponsors Motiva and Flint Hills Refinery stepped up, along with so many in the petro-refinery industry around Port Arthur,” Street said.

“I think it was very much a success. I think we will be having our second annual Lamar State College Port Arthur Sabine Showdown next year. We’ll have a committee meeting to wrap everything up and I hope we would select a date for next year.”

The team of Robert Gobert and Rickey Adam, both of Bridge City, won the flounder category, taking home a check for $1,500 after weighing in two fish for a 4.10-pound total. 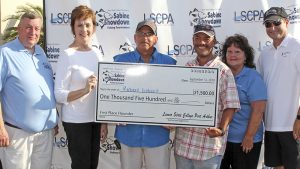 They also won the Heaviest Single Flouder side pot with a weight of 2.57 pounds.

Team Jordan, made up of Jake and Jeremiah Jordan, won the Heaviest Single Redfish side pot with an 8.92-pound red.

The event was a fundraiser for Lamar State College Port Arthur with proceeds providing scholarships, as well as purchasing and maintaining training equipment, along with other campus needs. Motiva and Flint Hills Refinery served as the title sponsors for the event.

Most Redfish Spots Side Pot 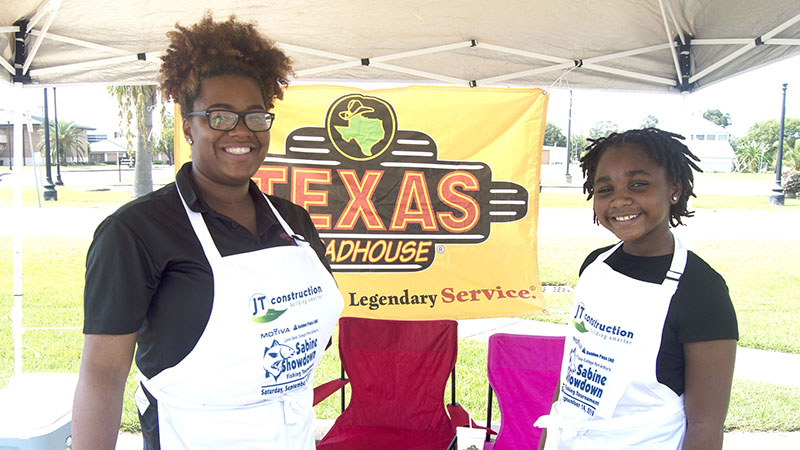