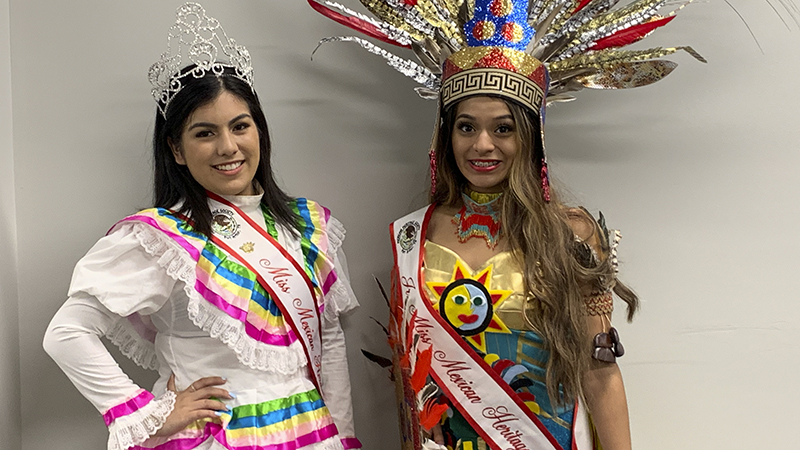 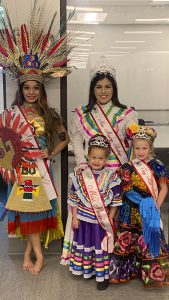 “I was really nervous,” she said. “Every girl wants to win. Past experiences I just placed. This time I went with what I remembered but I didn’t over plan. I just had fun and was myself. I’ve always wanted to do something I’ve never done before.

Escobedo, who represented Distrito Federal in the pageant, said the experience was all about honor and spending time with family and friends. 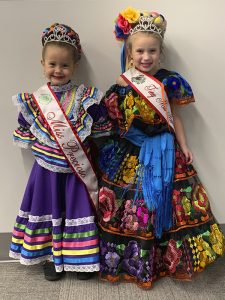 “This was my second pageant and I absolutely love it,” she said. “I loved the entire experience with my pageant sisters. I also enjoyed making the costume with my parents and working on it as a family. I think overall it was a great experience.”

The Port Arthur native is excited that the opportunity allowed her to learn more about her heritage and spread it to the community.

“It’s not just open to the Mexican Society but to everyone,” she said. “I want people to know that. We have many volunteers from every kind of background and I think that’s beautiful. I want everyone to join and share in our community.”

“Making new friends and meeting new people was one of my ambitions to do when I came, and that’s what I did,” she said. “I literally made the best friends during this pageant. I also learned a lot of self-confidence having to go out and showcase my talent in front of people. That was one of the most important things I got out of it.” 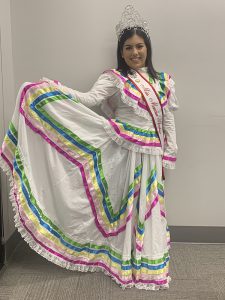 Wimberly said her favorite part of the pageant was being able to dance the Jalisco again after hanging up a 15-year career as a dancer.

“I finally decided to retire from dancing and just focus on school and work,” she said. “So being able to dance again was one of the best things for me. Not just the style of dance, but with our costumes and backgrounds it really shows off our culture and what it means to our community. You just hear the music and the motion to just do it.”

In high school, Wimberly said she was not only a dancer, but also a soccer player. However, after graduation she decided to direct her talents elsewhere and enrolled at Lamar State College Port Arthur, where she now attends as a speech pathology major.

“At first I wanted to be a veterinarian but in high school I was a peer tutor,” she said. “When you’re a peer tutor you just get assigned to random classes, you don’t get to pick. I was assigned at West Groves Elementary to the disabled Pre-K kids who were behind on their learning experience. 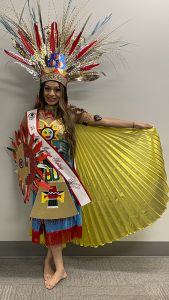 “I didn’t know anything about that, but getting to work with them day by day and see them improve, I really liked it. I saw that was something I wanted to do in the future.”

Wimberly hopes to transfer at the end of her two years to Lamar University and ultimately get a master’s degree in speech pathology. She said her time in the pageant will help her accomplish that goal.

“Being in the pageant, and now being a queen has taught me to communicate and come out of my shell,” she said. “It’s helped me talk to people, which is important in my field and to do interviews and always try something new.”